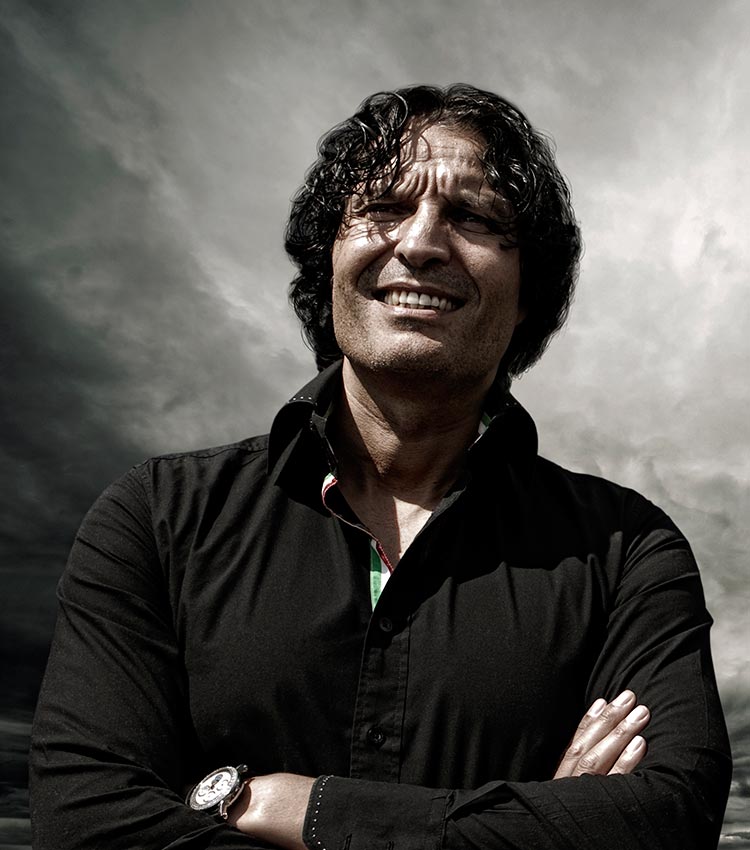 Say ‘astronomy’ and you say, in the same breath, ‘Christiaan van der Klaauw Astronomical Watches’. With the 2014 introduction of the Midnight Planétarium Poetic Complication, in conjunction with the prestigious Van Cleef & Arpels, the maison once again found itself in the international spotlight. The list of astronomical complications just keeps getting more impressive. In an interview with 0024 Daniël Reintjes talks about three novelties.

When he took over the reins in 2009 designer Daniël Reintjes had already been designing watches for Christiaan van der Klaauw for many years. Christiaan had turned 65 and felt the time had come to hand over his life’s work to an ‘insider’. And successfully so. The two men shared a great passion for astronomy and watches, which resulted in highly recognisable and distinct watch designs featuring astronomy in the leading role. That had been the case since Christiaan started as a clockmaker in 1974 and was enhanced even more with the arrival of Daniël. Once Daniël had the ultimate responsibility the watches got a different and unique look, as well as an updated brand name: Christiaan Van der Klaauw Astronomical Watches.

The love and passion for both watch technology and astronomy runs deep. When you say ‘astronomy’ you say ‘Christiaan van der Klaauw’. The fact that, unlike other watch houses, this maison creates nothing but astronomical watches is unique. Daniël Reintjes: “We made a very clear choice for astronomy in our designs and we take that to the limit. Without exception, every watch we create has an astronomical complication, ranging from a moon phase in the Collection of Stars to a perpetual calendar in the Masterpieces series.” 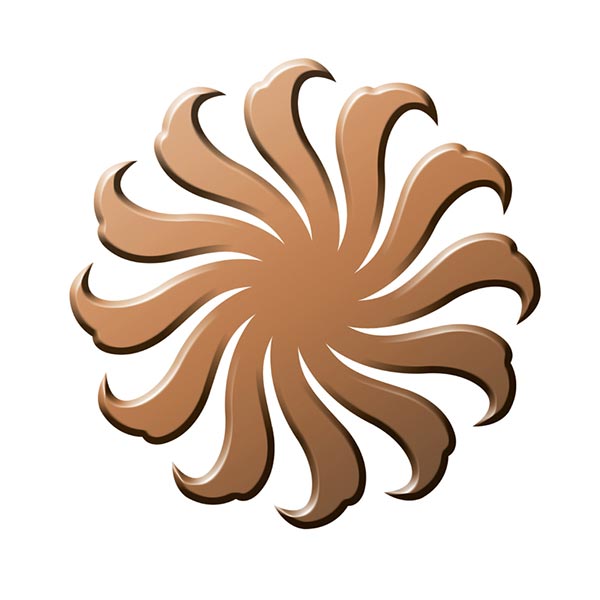 “I’m a designer by trade, and industrial design is my passion. What I really enjoy is unleashing all my energy on something people could actually do very well without. The days when you used to buy a watch to tell the time have long gone. These days you buy a watch as a piece of art that you can wear – and display – on your person. Not a necessity, but certainly beautiful. My designs always have a round shape, I feel that is the best fit with astronomy. The logo is based on the claw used by Christiaan, but now it is a sun with 12 claws, the ‘sun claw’, because everything literally and figuratively revolves around the sun. The logo is found at 12 o’clock because that is the highest point. By placing half of the markers above the horizon of the watch dial I represent the journey of the sun from east to west. With this design I create a very individual signature. The biggest advantage is that the bottom half gives me all the space I need for the complication. Studying the universe and astronomy gives you an awareness of your own insignificance, and you can distance yourself from your everyday concerns. That puts things into perspective enormously. You can represent everything that is repetitive and revolves in a watch and the funny thing is that, with everything it is able to display, a watch is an astronomical complication in itself. Because astronomical cycles never vary you can ‘translate’ them into things like cogwheels and display the time in its purest form in the watch. I find the endlessness of potential complications simply fascinating.”

Limited to around 200 watches per year

In contrast, the number of watches the maison produces annually is not endless, but limited to around 200 per year. Daniël has no ambitions to grow the company, but he wants it to remain independent. His objective: to be acknowledged and recognised worldwide as the authority in the area of astronomical movements. “And if we are able to come up with a new and surprising complication every year as well we’ll be blissfully happy.”

The CVDK Titan Perpetual is the first perpetual calendar in the collection and has an unusual moon phase centred in aventurine and mother-of-pearl. Titan is the biggest moon of Saturn, and the watch is bigger than the other models as well: 44mm instead of 40mm. This size is increasingly in demand in the market and it’s a demand that CVDK is happy to meet. An interesting detail: this model is a tribute to Christiaan Huygens, the inventor of the pendulum and the scientist who made it possible for us to have watches. He discovered Titan in the firmament. The sapphire case back features an engraving of Christiaan Huygens. A true masterpiece. Movement: automatic, 29 jewels, 42-hour power reserve, leap year indicator and mother-of-pearl moon phase, alligator strap. As black as the night.

The CDVK Hypernova model isn’t new, but the fact that the dial is blue in this year’s edition is. Also with a diameter of 44mm – the first in the series with this size – and a combination of chronograph with a day and night indicator and a striking superluminova moon phase indicator. The watch tracks the moon meticulously, and if the moon isn’t visible it is the new moon.

In the ‘nova’ family the CDVK Supernova is super new: big brother to the Hypernova, and also with a 44mm case. The basic movement is Swiss but it has been completely rebuilt in Friesland. An elegant watch with date indicator and a superluminova moon phase indicator at 6 o’clock. A 48-hour power reserve with a blue alligator strap. 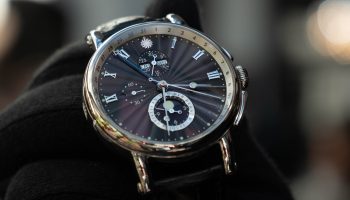 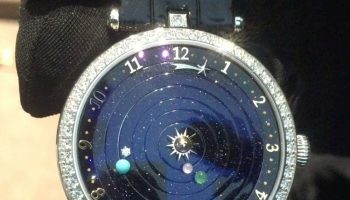 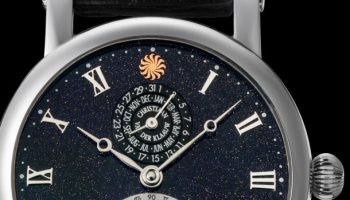 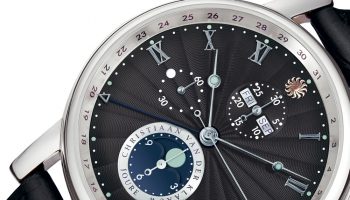 Life’s a beach with the new Nomos Glashütte Aqua series