An unforgettable 25th edition of the Nuvolari Grand Prix 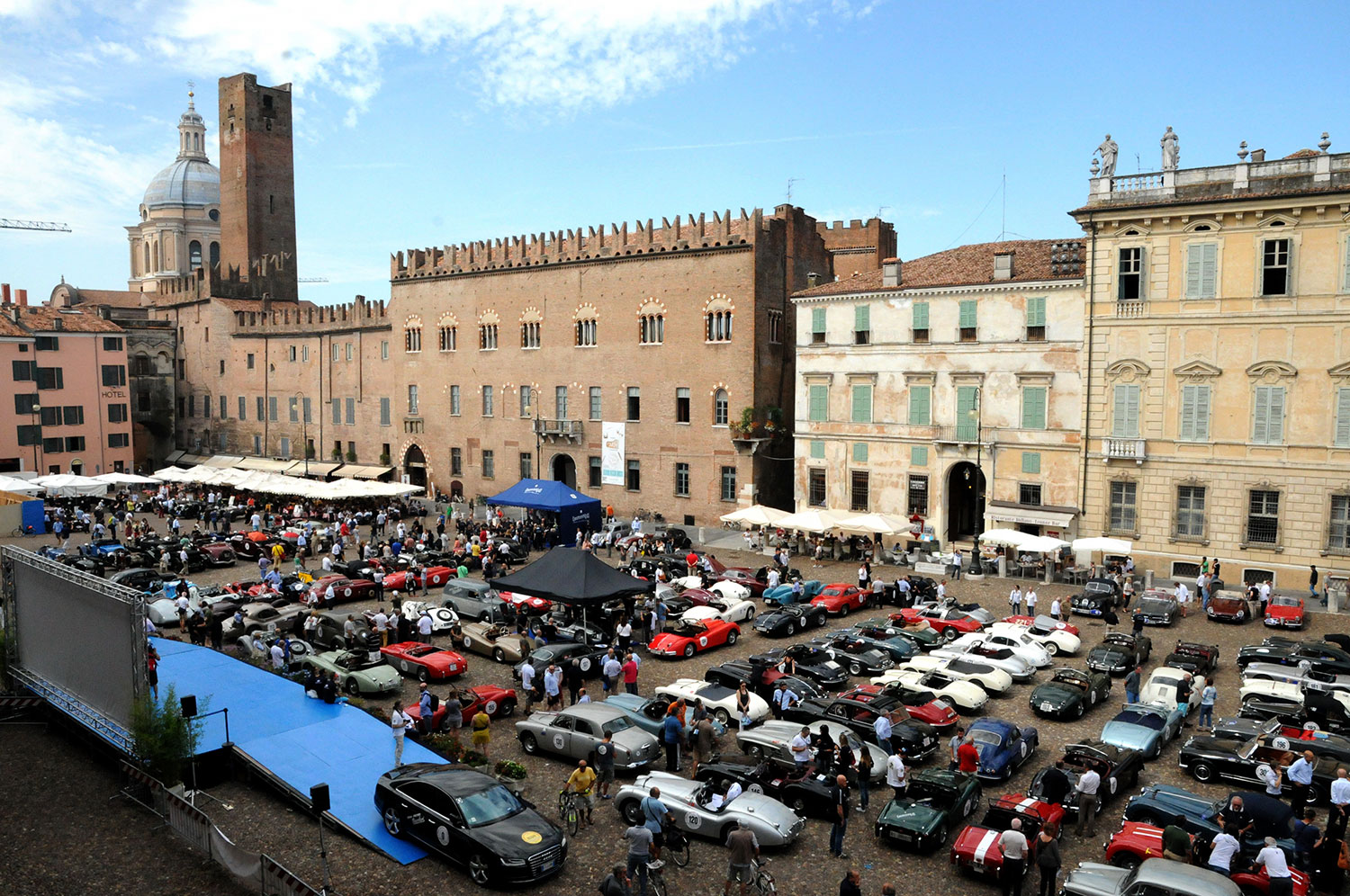 The team consisting of Andrea Vesco and Andrea Guerini in a 1934 FIAT 508 S Balilla Sport were the winners, for the fourth consecutive year, of the Nuvolari Grand Prix, now in its 25th edition. Their prize was two highly sought-after Tazio Nuvolari watches offered by the race’s official timekeeper Eberhard & Co., which was celebrating 25 years spent alongside one of the most enjoyable races dedicated to classic cars.

Giovanni Moceri and Daniele Bonetti, from the Loro Piana team, were also called to the podium for coming second in a 1939 Fiat 508 C, while third place was taken by Antonino Margiotta and Bruno Perno, competing with the number 309, in a 1965 Volvo PV 544 Sport. The Ladies’ Cup was awarded to the team made up of Emanuela Cinelli and Elena Scaramuzzi in a 1957 Renault 4CV. The prize for the best Italian team went to Loro Piana, with 3 crews, while the best foreign team was won by the Dutch Houtkamp Collection, also with 3 teams. The best Mantuan team was the Classicteam Eberhard which had best placings in the classifications with the crews Di Pietra/Di Pietra in seventh place and Sisti/Gualandi in eighth.

The fans and other spectators who flocked to Mantua cheered the 287 spectacular classic cars (out of 330 participants) from all over the world as they crossed the finishing line in Piazza Sordello after a gruelling 1,060 kilometres in the new “two seas” formula. 25 hours of driving in 3 challenging legs with a route that took in some of the historic centres and most beautiful landscapes in Italy, combining average time trials (5) and individual time trials (81) with the rediscovery of places that are touristically and culturally fascinating. From Mantua and back, passing through Renaissance treasures and unique panoramas in the Tuscan hills and the Cisa and Bocca Serriola Apennine passes, as well as the racetracks of San Martino del Lago (Cremona) and the Autodromo Riccardo Paletti in Varano (Parma) – magnificent backdrops for a unique race. 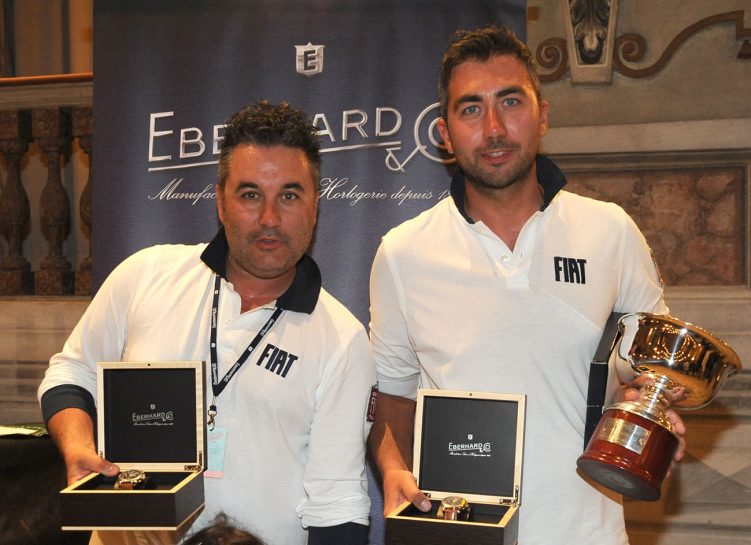 the winners Vesco and Guerini 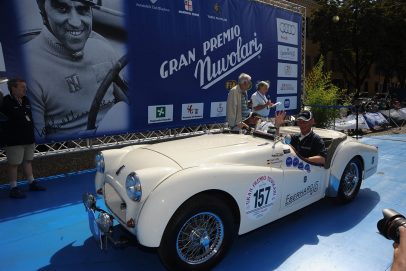 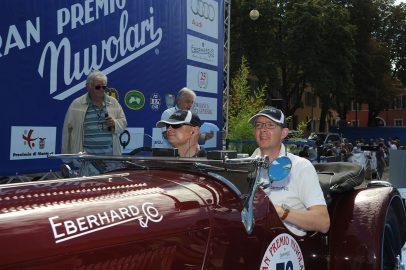 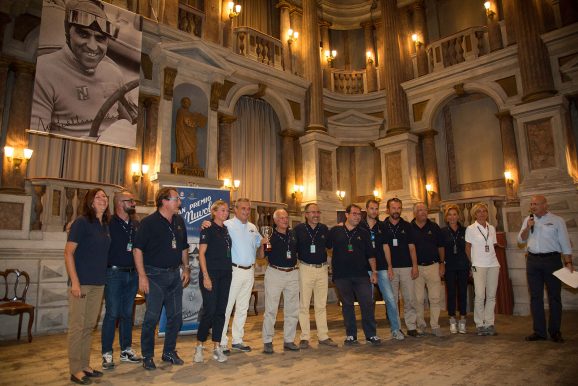 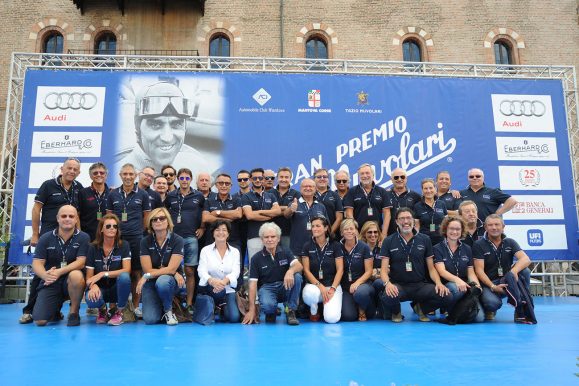 We close this 25th edition full of pride for the amount of praise we have received, not only from the winners but also from the competitors in general. The Nuvolari Grand Prix has once again substantiated its unique place in the world of classic cars for its degree of difficulty. Next year’s event will see even more surprises.

These were the closing words of Marco Marani, president of Mantova Corse, at the end of the awards ceremony that took place in Mantua’s 18th Century Teatro Bibiena.

Eberhard & Co. was celebrating its 25 years’ partnership alongside the Grand Prix with two new items: the Tazio Nuvolari 336 Dual Time, dedicated to the world speed record achieved by the driver, and the Tazio Nuvolari Desk Clock, the collection’s brand new desk version. “A watch always marks the most memorable moments of our lives” declared Mario Peserico, Managing Director of Eberhard & Co. “Today, two splendid Tazio Nuvolari watches have crowned the champions of this new, unforgettable edition of a race that has managed to keep all its charm and its exceptional ability to engage both competitors and spectators alike for the last 25 years.”

Table clock ‘Requiem’: made by L’Epée 1839 and designed by Kostas Metaxas

Another design award for Nomos: Tangente Neomatik Nachtblau is the winner