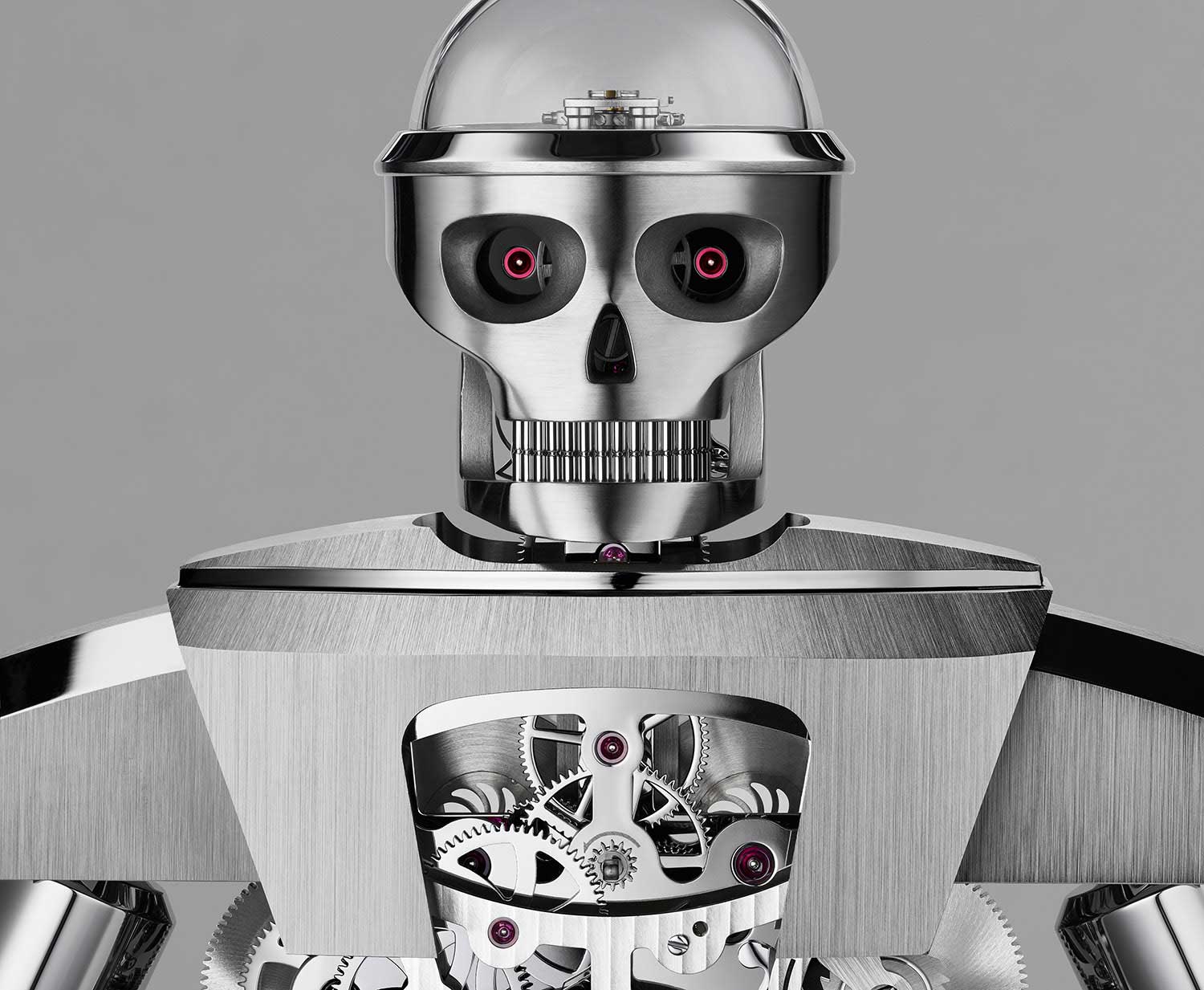 Balthazar is the third robot that MB&F, in conjunction with L’Epée, is unleashing on the world. After Melchior and Sherman (the robot that rode on the chassis of a tank) we now have a creation consisting of 618 components that is able to deliver jumping hours, retrograde seconds and a 35-day power reserve – and is wound with the key that is hidden in its shield. With its height of 40cm and weight of 8kg Balthazar is an imposing figure.

When you turn Balthazar’s torso 180 degrees you find out that he is a robot with two faces. He exchanges his friendly face for a death’s head and shows a double moon phase indicator that is accurate for the next 122 years. A minor side note with the happy face of Balthazar: his red eyes keep a close watch on his surroundings and also serve as the 20-second retrograde indicator. It’s a signal that something sinister is hiding in the brain of Balthazar. At first glance that brain, in the form of the regulating mechanism with Incabloc shock absorption system, appears to be completely in order. It’s open and exposed under the sapphire top of the skull and can be admired freely. However, the ruby-red, bloodthirsty look in Balthazar’s articulating eyes makes one suspect otherwise. Balthazar’s price will be on application and the clock will be built in a limited edition of 50 pieces with black, silver, blue and red details. In other words, an army of 200 schizophrenic robots to help out Melchior and Sherman. Max Büsser obviously has devious intentions to conquer the world step by step. 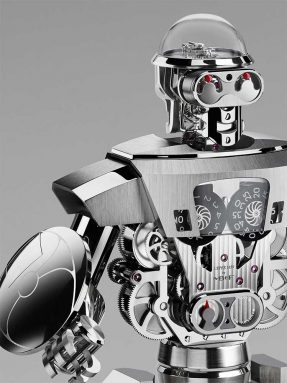 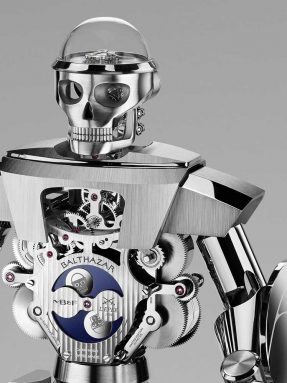 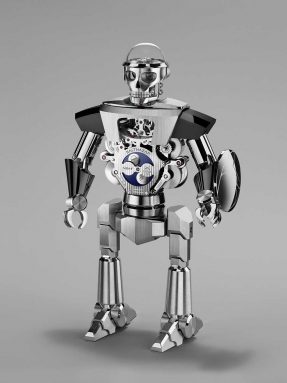 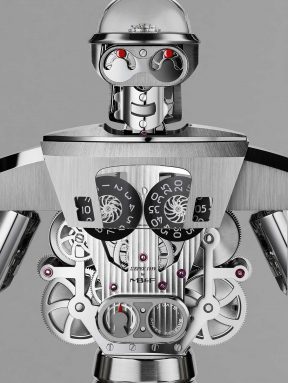 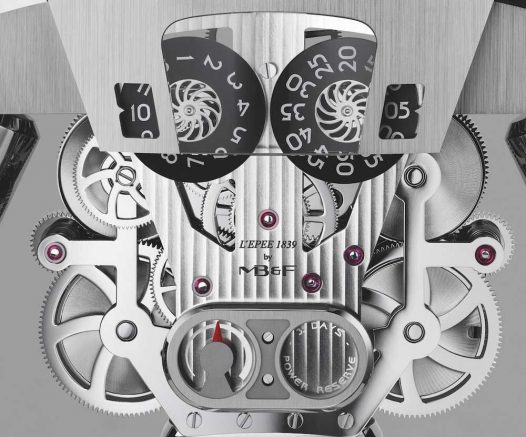 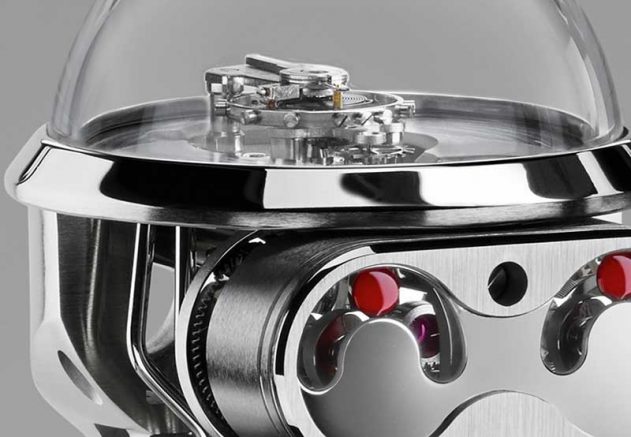