Last year, Bremont unveiled the Jaguar MKI – which became a big hit. Not much later the Jaguar MKII followed. Now the British luxury watch brand, based in Henley-on-Thames, extends the Jaguar collection again by introducing the Jaguar MKIII. With its slimmer case and solid caseback with an E-Type label to remind future wearers what specific car inspired the design of the watch, this timepiece is a more accessible watch than its predecessors.

The Bremont Jaguar MKIII extends the Bremont Jaguar collection that celebrates the Jaguar E-Type. This sports car with its radical appearance and promise of being ‘the fastest production car in the world’ was launched outside a restaurant during SIHH in 1961. After the introduction about 500 orders were being placed. Not only back then the car was a big hit, nowadays it’s still a wanted item for most men – just like the watches inspired by it.

Homage to the Jaguar E-Type

Bremont’s new Jaguar model has a 43 mm polished steel case with black dial. The dial features a date window at 6 o’clock and has a distinctive ‘red line’ quadrant between three and four o’clock, which is reminiscent of the E-Type’s tachometer. The hour markings are inspired by the numerals on the E-Type’s tachometer as well.

Inside of the Bremond Jaguar MKIII, the caliber BE-36AE operates with a 38-hour power reserve. The movement is C.O.S.C. tested and is accompanied with a Chronometer certification. The calf skin leather strap is the finishing touch. 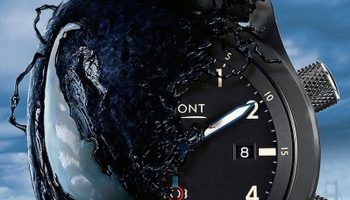 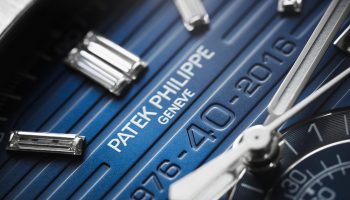