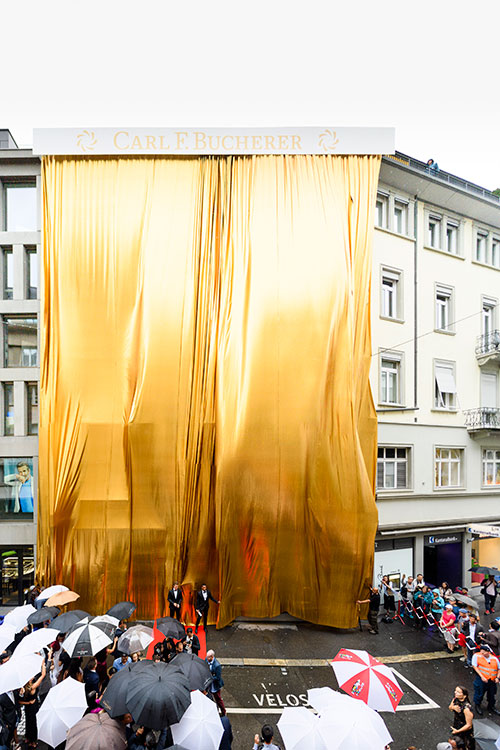 the boutique was draped in golden curtains 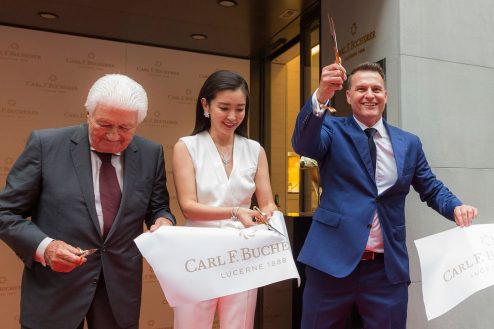 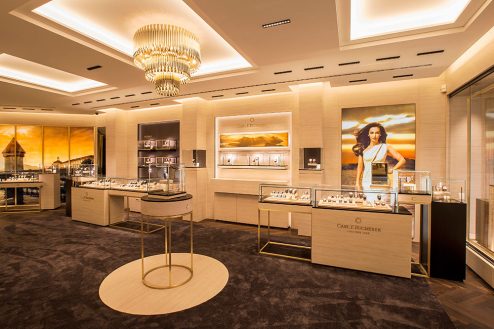 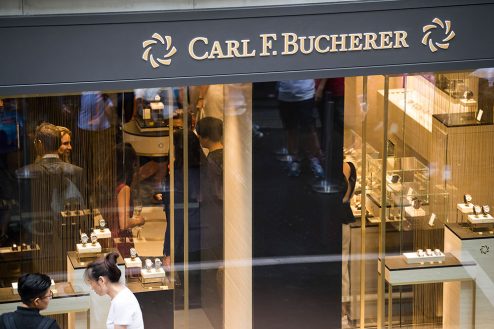 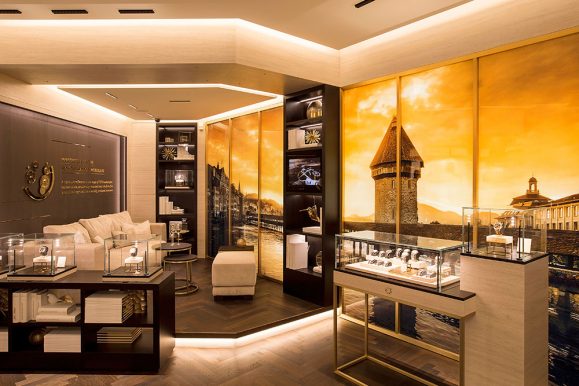 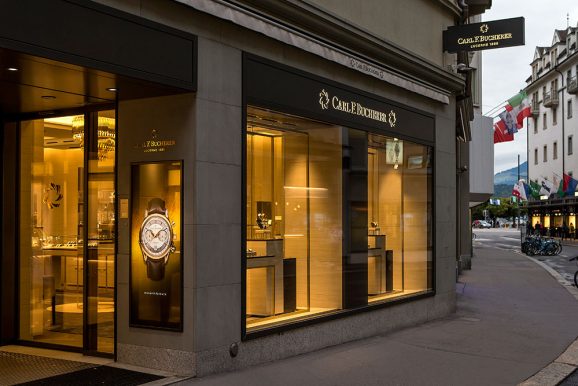 With the opening of an exclusive boutique in Lucerne, Carl F. Bucherer is honoring its connection to the place where it all began back in 1888. It was here that Swiss entrepreneur Carl Friedrich Bucherer dared to dream and opened his first specialty shop for watches and jewelry. Now, having enjoyed tremendous success around the world, the eponymous company has redefined its brand identity and passed yet another milestone in its illustrious 130-year history.

Carl F. Bucherer is one of the few remaining family-owned Swiss watch manufacturers, boasting a wide network of distribution partners around the world. Following the inauguration of its Shanghai boutique, the renowned watch brand has paid homage to its heritage by opening an exclusive boutique in Lucerne, where the company was founded. With its latest boutique, the Swiss watch manufacturer offers visitors a new way to experience the world of Carl F. Bucherer. The interior exudes understated luxury, accentuated by the golden elements of the brand logo, launched in 2016, and the distinctive brand imagery that also reflects the cosmopolitan nature of the city of Lucerne. The new brand identity underlines the company’s ambition to continue growing while raising the profile of Lucerne as a cosmopolitan destination.

Jörg G. Bucherer, representing the third generation of the Bucherer family at the helm of the company, attended the inauguration of the boutique: “ It fills me with pride and joy to be able to continue my family’s legacy around the world while also honoring that same heritage here at home. ” CEO Sascha Moeri was thoroughly pleased with the result: “ As a Swiss watch manufacturer that has a very deep connection to Lucerne, opening our new boutique here is a very special and unique event. ” Li Bingbing, Global Brand Ambassador of Carl F. Bucherer, traveled to Lucerne for the inauguration and spent a week getting to know the city and enjoying the region. The famous Chinese actress, who has starred in Hollywood blockbusters such as Transformers and Resident Evil, lent a particularly glamorous note to the proceedings.

The new boutique is located in one of Lucerne’s historic buildings, and for one night only, its traditional facade was transformed into a vertical stage for the opening ceremony. The building was draped in golden curtains, concealing it from view, until a group of musicians, also positioned behind the curtains on the balcony, began playing the opening notes of a classical score. The musicians’ increasing fanfare was the cue for the curtains to be drawn back, revealing the boutique in all its glory. Owner Jörg G. Bucherer, CEO Sascha Moeri and Global Ambassador Li Bingbing then stepped forward to cut the ribbon and declare the boutique officially open.

Launch of a Limited-Edition Timepiece 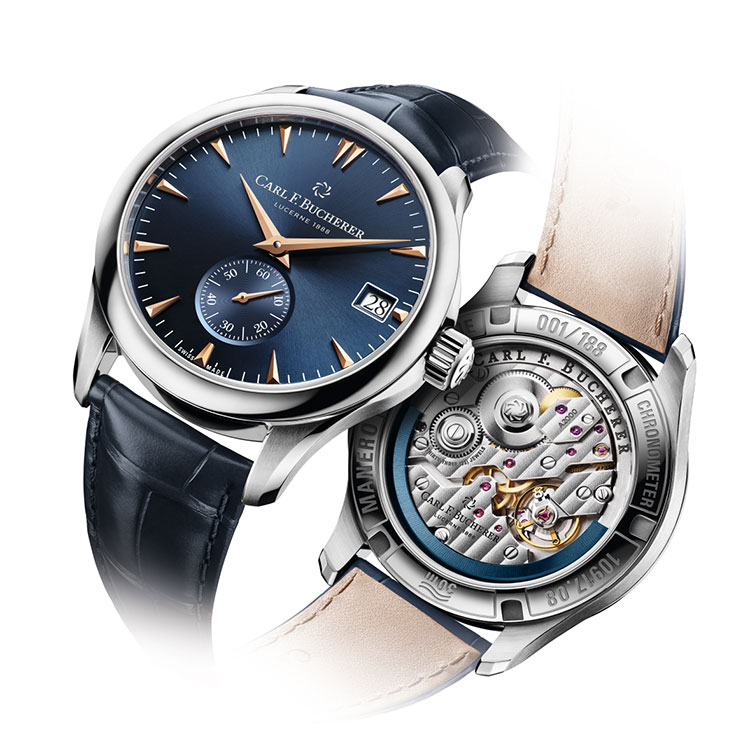 An exclusive timepiece was launched to mark the opening of the boutique: the Manero Peripheral Boutique Edition, created expressly in honor of the event. Limited to 188 models and driven by the in-house CFB A2050 caliber, this timepiece represents the traditional art of watchmaking and the brand’s commitment to embracing its heritage. A particularly eye-catching feature is the peripheral rotor in stunning blue, seen through the watch’s transparent case back. This vibrant highlight complements the meticulously crafted blue-galvanized dial with a sunburst finish, reflecting the sparkling waters of Lake Lucerne.

Kerbedanz Maximus, the world’s largest tourbillon in a wristwatch