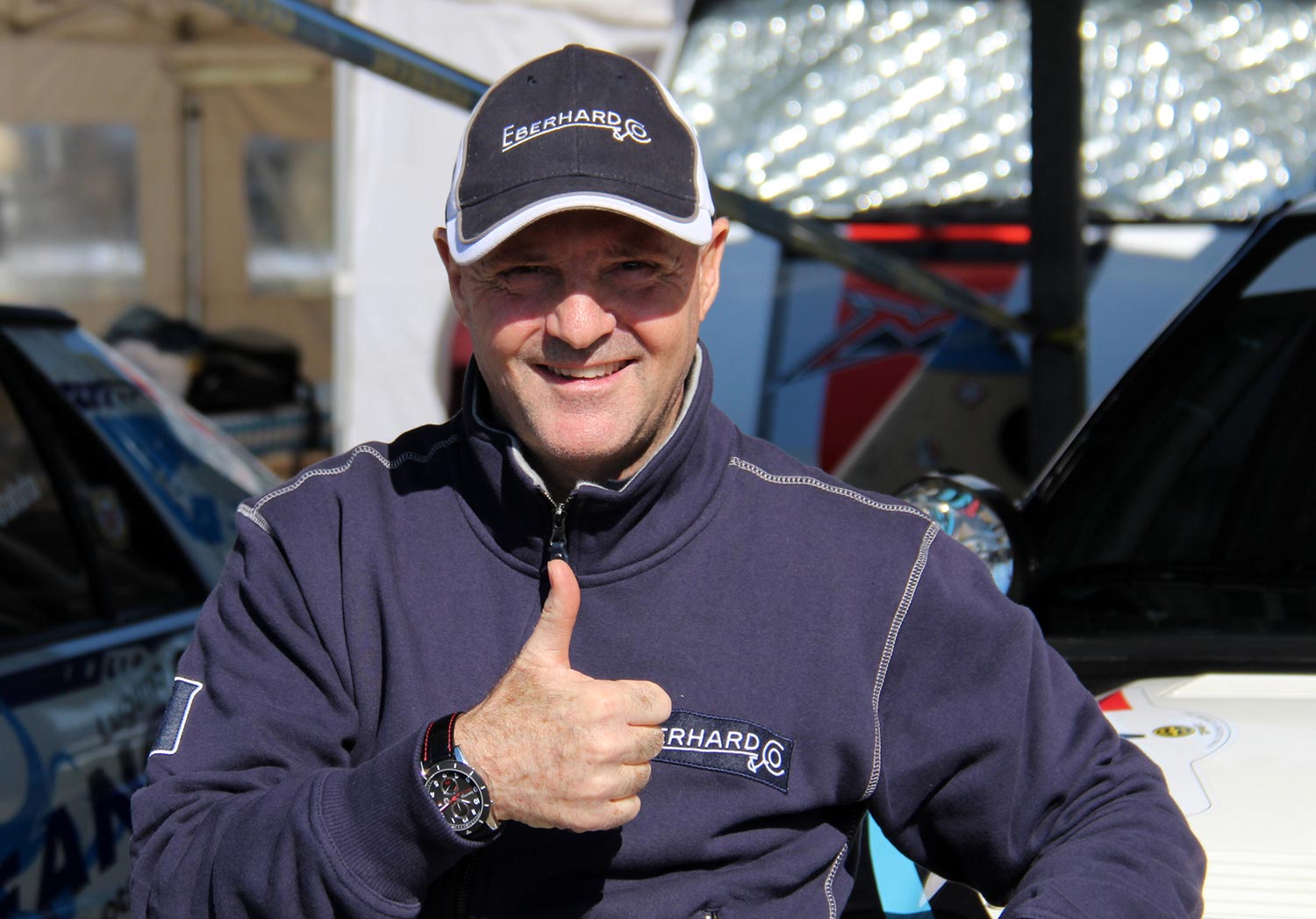 A classic car event in Madonna di Campiglio will be the glamourous start of an impressive anniversary of Eberhard & Co.; the Swiss watch brand celebrates 130 years of existence. From 19th to 22nd of January it is party time on the race course with Miki Biasion. The two-time World Rally Champion and Eberhard & Co.’s brand ambassador will race in the Eberhard colours during the event. And who will be the lucky winners of the Eberhard Trophy?

Eberhard & Co., one of the key players in the classic car universe, is the main sponsor and official timekeeper of the hottest event of the season: the Winter Marathon. An appropriate occasion to celebrate ones 130th anniversary as a car lover brand and to start a year full of celebrations. Eberhard & Co., the famous Swiss watchmaker, can look back on some bespoke timepieces like Chrono 4, the Tazio Nuvolari and the 8 Jours. Just to mention a few of the models in its collection. The last novelty is a diving model re-edition of a famous collection from the end of the 1950s: the award-winning Scafograf 300.

The event will showcase 130 classic cars produced before 1968 which will compete in a challenging competition that starts and finishes in Madonna di Campiglio, featuring 11 Dolomite mountain passes, a route covering 445 km, 12 tough hours of driving and over 51 timed trials. Eberhard & Co. has a longstanding association with the fascinating world of speed and classic motor racing. The connection dates back to 1991 when the watchmaker dedicated a special collection of chronographs to Tazio Nuvolari, one of the greatest drivers of all time, and began sponsoring the event to bear his name. Since then the brand has been associated with some important classic car events internationally, reflecting what the watchmaker considers to be important: style, sophistication and attention to detail.

Eberhard & Co. will act as timekeeper for the competition, providing competitors with surprises, and will also participate in the Trophy on the Frozen Lake of Madonna di Campiglio. The knock-out competition will involve the 32 best-placed teams which have shown their skill in negotiating frozen passes, curves and ascents. The Eberhard Trophy, awarded to the three winning teams, will consist of prestigious timepieces provided by the Swiss watchmaker. The event will be attended by Miki Biasion, the company’s brand ambassador who races in the Eberhard colours and wears the company’s watches. In an unusual outing for the two-time World Rally champion, Biasion will take part in a regularity race, piquing the interest among fans and participants alike.

Re-edition of the Scafograf 300 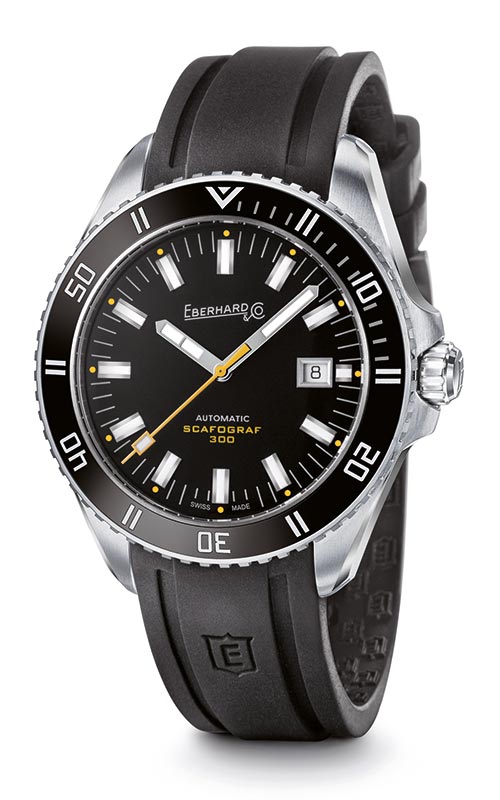 Watchmaker Eberhard & Co. was established in 1887 in La Chaux-de-Fonds, in the Swiss Jura. In the passed 130 years of its existence the maison maintained its independence, without losing its close bond with its origins and tradition. Eberhard & Co makes around 16,000 timepieces a year, and operates in some 25 countries across Europe, the United States and the Far and Middle East. The history of Eberhard & Co. is marked by a series of remarkable creations including the Chrono 4, the 8 Jours, the Tazio Nuvolari collection, the Extra-fort and the Gilda range of women’s watches as well as the latest innovations of the Tazio Nuvolari 336 and Desk Clock, the Contograf Special Edition and two additions to the Gilda range. The last novelty is a diving model re-edition of a famous collection from the end of the 1950s: the Scafograf 300.