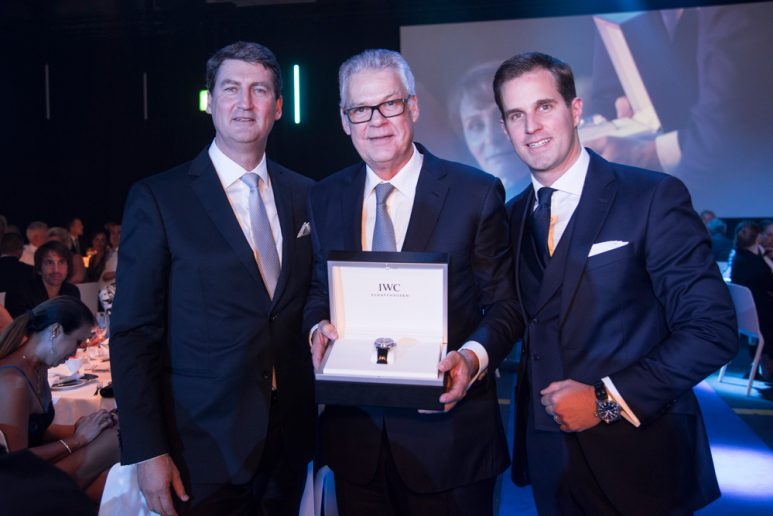 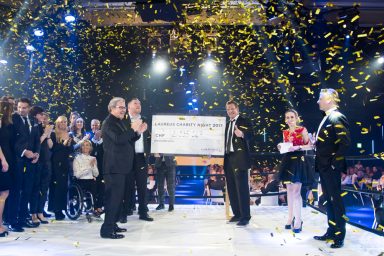 Christian Stucki, winner of this year’s ‘Unspunnen Schwinget’ presents the Laureus Foundation Switzerland with a cheque of almost CHF 3 000 000. The high amount has been raised by around 700 guests. 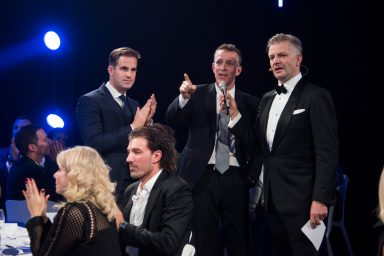 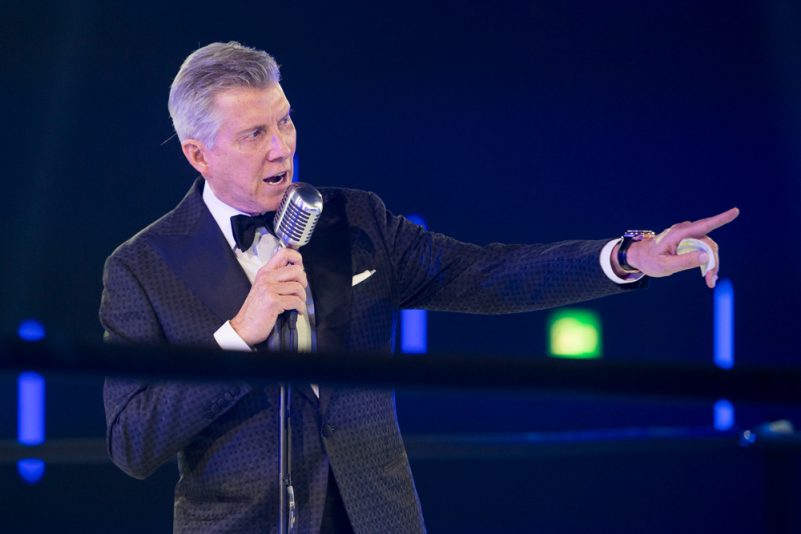 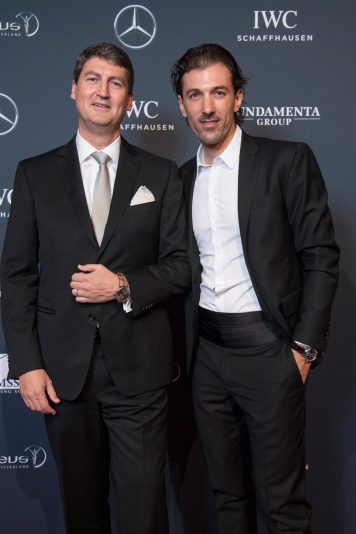 Schaffhausen/Zurich, 19 November 2017 – On Saturday evening, the 11th Laureus Charity Night was held at Dübendorf Hangar near Zurich. Approximately 700 guests – including numerous celebrities from the worlds of sport, business, politics and society – raised a total of almost CHF 3,000,000 for charitable sports projects run by the Laureus Foundation Switzerland. The auction of the Unique Piece Portugieser Tourbillon Rétrograde Chronograph Edition “Laureus Sport for Good Foundation” by IWC Schaffhausen raised CHF 200,000, while an option to buy the Mercedes-AMG supercar “Project ONE” went to the highest bidder for CHF 2,106,000.

Disadvantaged children and young people can be found in Switzerland, just as the rest of the world. Laureus therefore works on social sports projects to provide more opportunities to these young people and to carry out prevention work. “I am delighted at the amount donated this year. This is the most rewarding proof that the work done by the Laureus Foundation Switzerland is viewed as meaningful and is widely supported,” explains Linus Fuchs, Managing Director of IWC Schaffhausen Switzerland and member of the Laureus Foundation Switzerland’s Board of Trustees.

MANY VIPS AMONG GUESTS

The Laureus Charity Night was hosted by the well-known Swiss sports presenter Rainer Maria Salzgeber and his daughter Cloé. Legendary boxing announcer Michael Buffer appeared as a co-presenter, repeatedly quoting his catchphrase, “Let’s get ready to rumble”. Among the many guests to grace the red carpet were triathlete and Ironman winner Ronnie Schildknecht, President of the National Council and of Swiss Olympic Jürg Stahl, Laureus Ambassadors Jan Frodeno and David Coulthard, as well as the new CEO of Laureus, Jonathan Hill. Athletics legend Edwin Moses, retired Swiss racing cyclist Fabian Cancellara and exfootballer Cafu – all members of the Laureus World Sports Academy – were also in attendance. On stage, the supporting programme was provided by Swiss singer Baschi, who appeared alongside Laureus Kids and the Swiss band Pegasus. The evening ended with Christian Stucki, winner of this year’s “Unspunnen Schwinget”, presenting the Laureus Foundation Switzerland with a cheque of CHF 2,935,927.

The auction of the Portugieser Tourbillon Rétrograde Chronograph Edition “Laureus Sport for Good Foundation” (Ref. IW394004) helped in raising such a substantial amount. With its tourbillon, retrograde date display and chronograph featuring a flyback function, the IWCmanufactured calibre 89900 brings together no fewer than three complications on the blue dial of this exclusive Portugieser watch. The pallet and escape wheel are made from diamond-coated silicon. The extremely hard, lowfriction surface of the latter material ensures its sliding properties, allowing for a power reserve of 68 hours. The unique piece with a platinum case went to the highest bidder for CHF 200,000.

SPORT HAS THE POWER TO CHANGE A LIFE

With a clear focus on technology and development, the Swiss watch manufacturer IWC Schaffhausen has been producing timepieces of lasting value since 1868. The company has gained an international reputation based on a passion for innovative solutions and technical ingenuity. One of the world’s leading brands in the luxury watch segment, IWC crafts masterpieces of Haute Horlogerie at their finest, combining supreme precision with exclusive design. As an ecologically and socially responsible company, IWC is committed to sustainable production, supports institutions around the globe in their work with children and young people, and maintains partnerships with organizations dedicated to environmental protection. 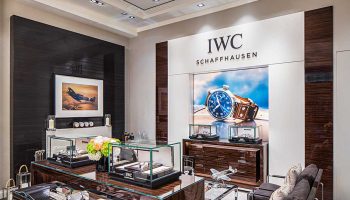