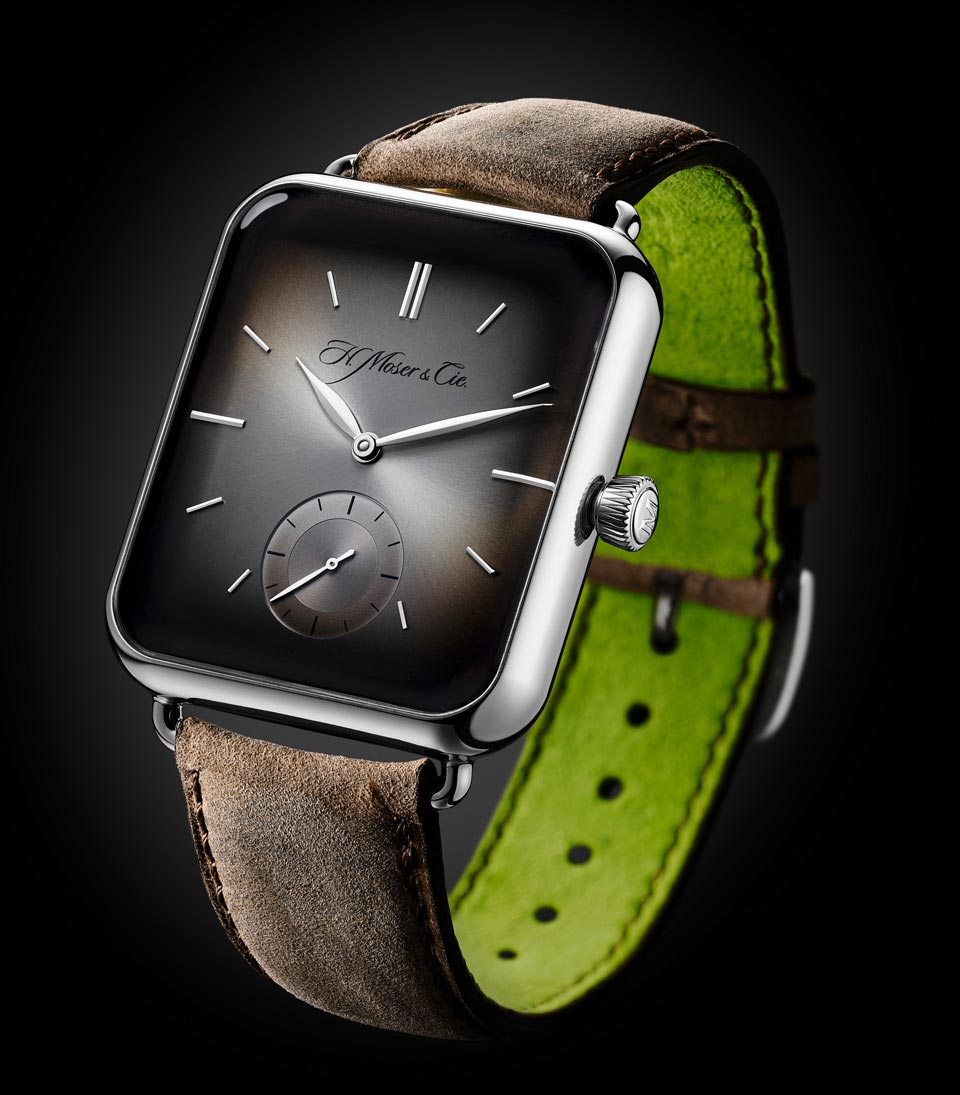 You knew of Swiss watches and also Swiss chocolate but did you ever hear about Swiss humour? Well, neither did we but at H. Moser & Cie. they produce both great mechanical timepieces and apparently humour. Today the brand’s CEO Edouard Meylan presented the H. Moser & Cie. Swiss Alp Watch. It looks like an Apple Watch but it’s not. Is it a joke or a serious watch? We let you decide.

At H. Moser & Cie. they do things differently. They make rare watches and sometimes they present themselves in a tongue-in-cheek way. Like when CEO Edouard Meylan was seen in a short film presenting a mechanical smart watch that showed a perpetual calendar. The clever message: smart is nothing new, traditional haute horlogerie has been smart for centuries.

With the launch of the Swiss Alp Watch they approach the wave of more than 6 million smartwatches sold in 2015, producing a turnover in excess of 6 billion dollars, in a more direct fashion. The Alp watch looks like an Apple Watch and the name, well, just ad a ‘p’ and an ‘a’ and you get Apple and it almost sounds the same. In the press release Meylan explains the philosophy of the
controversial new timepiece: “I grew up in the heart of the Swiss Alps in a family of watchmakers that date back several generations. Swiss watchmaking is part of our heritage. This heritage has faced serious challenges in the past. My father survived the quartz crisis and often speaks of this trying time, which rallied watchmakers around a unified cause. Today, H. Moser & Cie. launches the Swiss Alp Watch as a statement of this new challenge and to prove that traditional mechanical watchmaking has a future, and it is, in fact, the future. It is much more than a watch for us. The Swiss Alp Watch is symbolic. It represents our resilience, our ferocious desire to fight for our values and traditions. It embodies everything we believe in.”

Today, H. Moser & Cie. launches the Swiss Alp Watch as a statement of this new challenge and to prove that traditional mechanical watchmaking has a future

Right. Meylan has a point. But does the Alp watch bring that message across?  The Swiss Alp Watch is inspired by the modern design of smartwatches, but is entirely mechanical. With its 100% Swiss Made manufacture hand-wound HMC324 movement and a minimum power reserve of 100 hours and the fumé dial, a classic signature dial for H. Moser & Cie., its tapered lugs, and the kudu leather strap with a leather lining in Moser green, it doesn’t look bad at all. Just 50 pieces will be made in white gold and that leads to a price of 25,000 US dollars. Right.

“The Swiss Alp Watch does not allow you to make calls, or send messages to share the latest gossip; it does not give you the option to send beautiful sketches you have created on a two-inch screen [lightbox full=”https://www.0024watchworld.com/wp-content/uploads/2016/01/H-Moser-Cie-Swiss-Alp-Watch-back-v2.jpg”][/lightbox]or to share your heart rate. It does much more than that: it lets you reconnect to what matters in life. It takes you back to sharing emotions with your nearest and dearest without a filter, interface or embellishment. Most importantly, it is something you can pass on to your children one day without having to upgrade it!”, Edouard Meylan points out in the press release. In the short film he also tells the viewers to “get a life!” with an ironic tone of voice. Thanks for the idea Edouard.

Still I have no idea what to make of this. Is it a very expensive practical joke you can buy? Why produce something that looks like a smartwatch while you have original designs in your own collection that look like H. Moser & Cie. watches and nothing else? And as mister Meylan once explained, traditional and original smartwatches avant la lettre. Maybe it’s an early April fool’s day joke, maybe it’s something we haven’t seen before, maybe it’s Swiss humour. Luckily SIHH is nearly upon us and we’ll ask CEO and aspiring stand-up comedian Edouard Meylan all about his Apple, I mean, Alp watch.

Have a look here for the movie about the Swiss Alp watch: 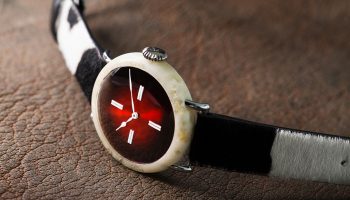