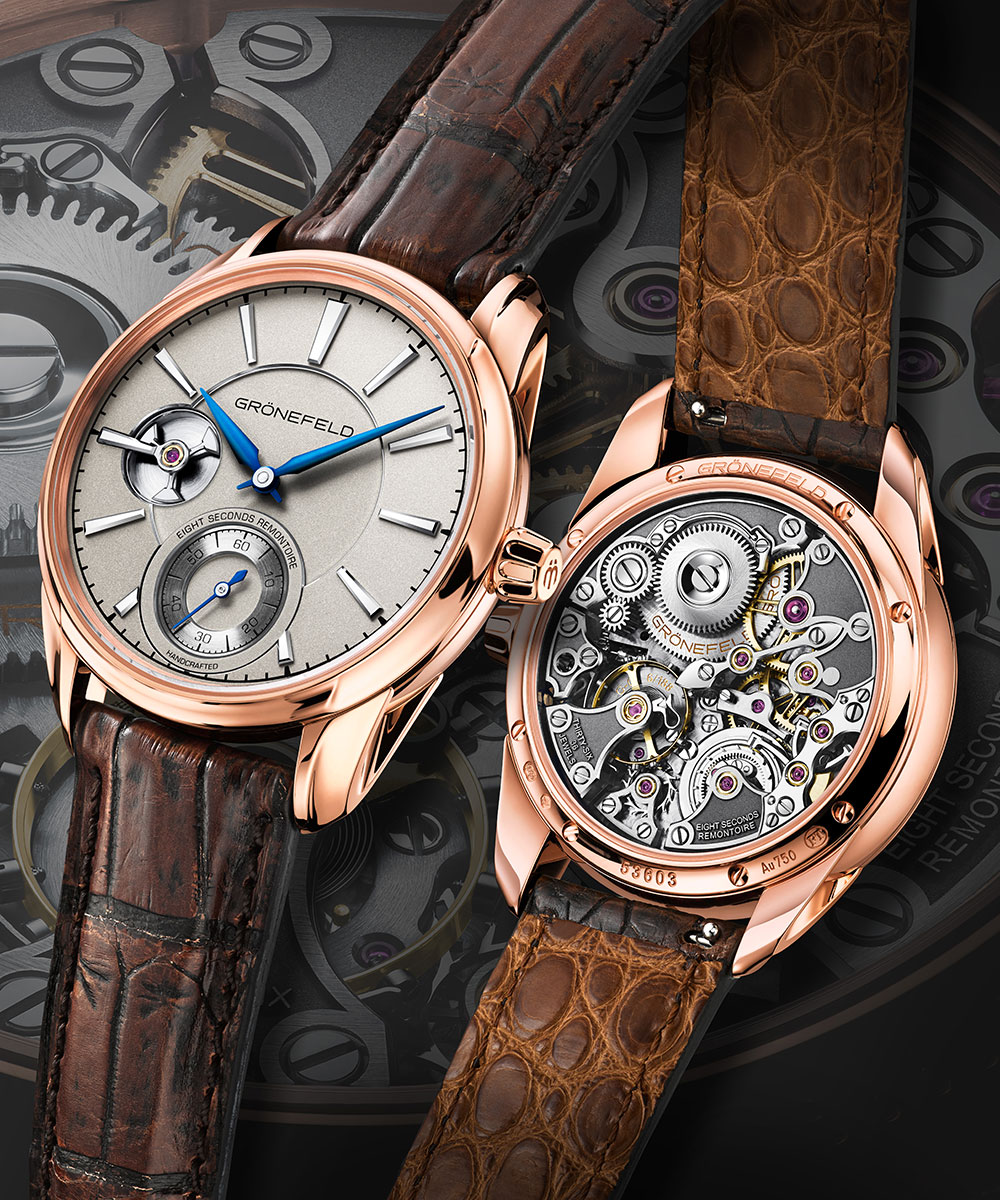 In 2014 Tim and Bart Grönefeld acquired their first Grand Prix d’Horlogerie de Genève award with the Parallax Tourbillon. This year the Dutch duo from Oldenzaal managed to do it again with the Grönefeld 1941 Remontoire. 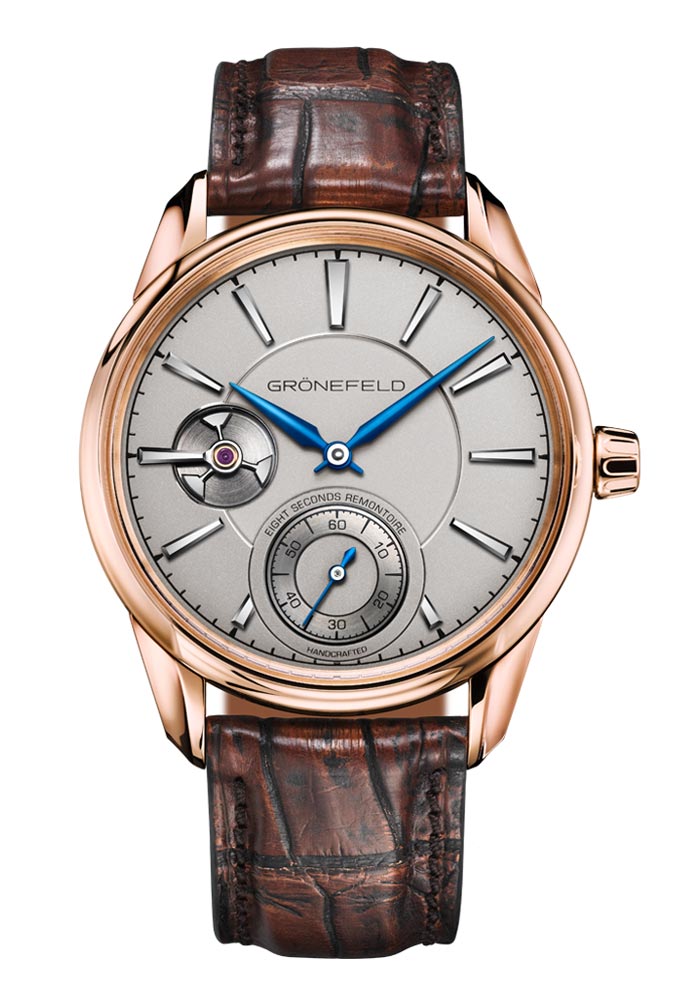 The brothers won the ‘Men’s watches’ category and in view of the fierce competition that is an impressive feat. Although Tim and Bart are based in Twente, the Netherlands – as is Staudt, incidentally – they gained the necessary haute horlogerie experience in Switzerland. Working behind the scenes at leading haute horlogerie maisons the brothers became specialists in tourbillons and minute repeaters. Surprisingly enough, neither of these two complications is found in the award-winning 1941 Remontoire. What the watch does have is fortunately just as complicated: a so-called ‘constant force’ mechanism that ensures the power of the main spring is released to the escapement very evenly. In the movement the power of the winding spring gets weaker the further it unwinds. The regulating ‘remontoir’ mechanism in this Grönefeld ensures that the power remains even from beginning to end, which means the watch runs very accurately – and for 35 hours. The handdecorating of each individual component is so time-consuming that the watch is limited to an edition of 188 pieces. The inspiration for this watch – which will make technology fetishists and purists, in particular, salivate – was a 1913 church clock built by Koninklijke Eijsbouts, which can be seen in Asten.

The name 1941 refers to the birth year of father Sjef Grönefeld. The case (available in various shades of gold) measures 39.5mm, has a height of 10.5mm and surrounds a delicately detailed dial. Distinctive haute horlogerie from Twente; price on application. For more information visit the Grönefeld website.