Only Watch has become quite an event in the watch world over the years. This biennial charity auction, of which 99% of its proceeds go to the fight of Duchenne muscular dystrophy, consists out of ‘piece uniques’ donated by some of the most esteemed names in watchmaking. With among them Patek Philippe, Piaget but also Grönefeld. The horological brothers crafted a unique version of their signature 1941 Remontoire for this special cause. 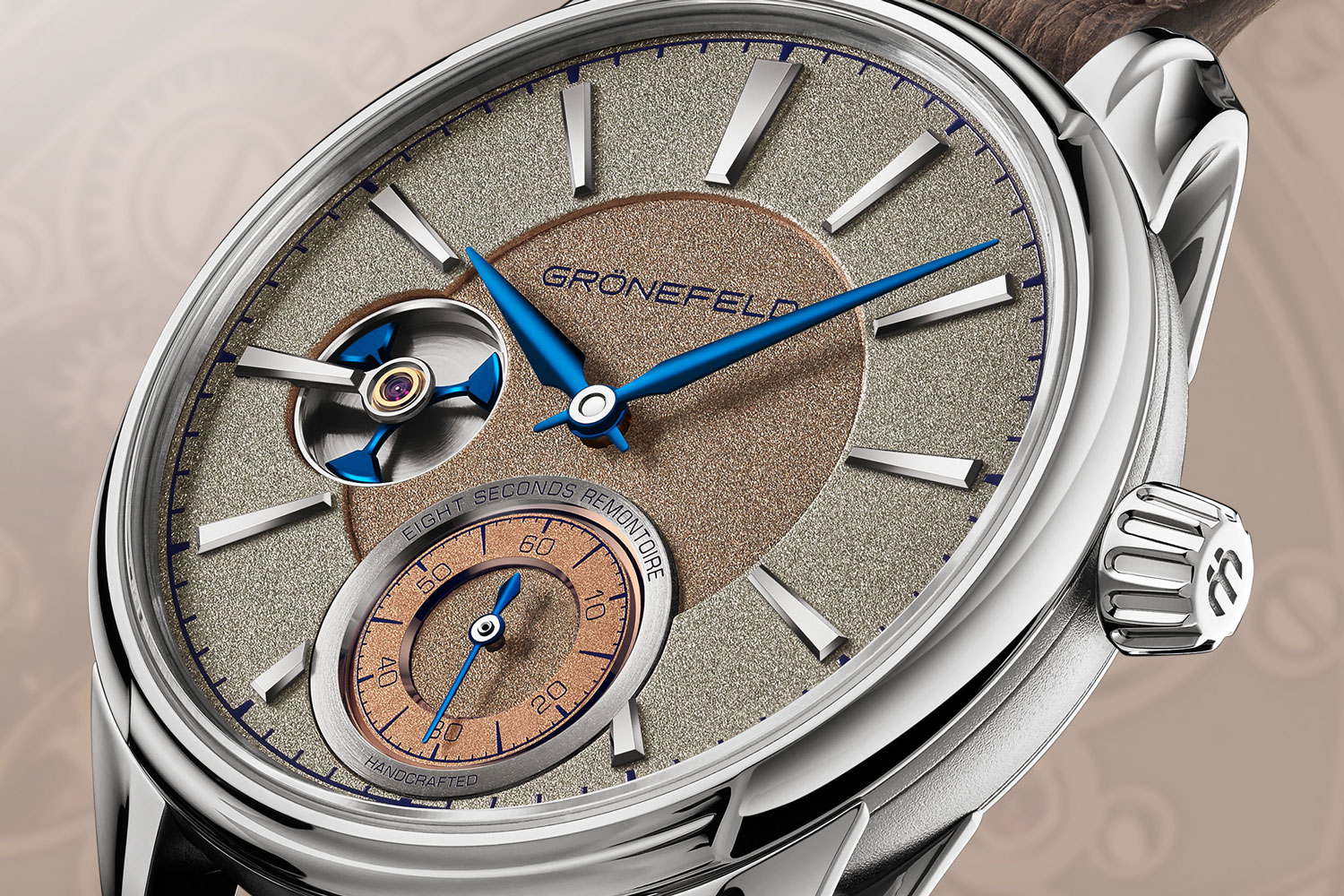 The Grönefeld’s launched this movement in 2016, as a limited edition of 188. In that same year, it was awarded the prize for best men’s watch at the prestigious Grand Prix d’Horlogerie de Genève. The 1941 Remontoire is equipped with an eight seconds constant force mechanism, which ensures a consistent power transfer to the balance wheel, regardless of how far the mainspring is (un)wound. The unique version for Only Watch features a beautiful dial in which blue hands shine against a two-tone frosted background. After its extensive world tour, the watches will be auctioned in Geneva on November 9th, 2019. 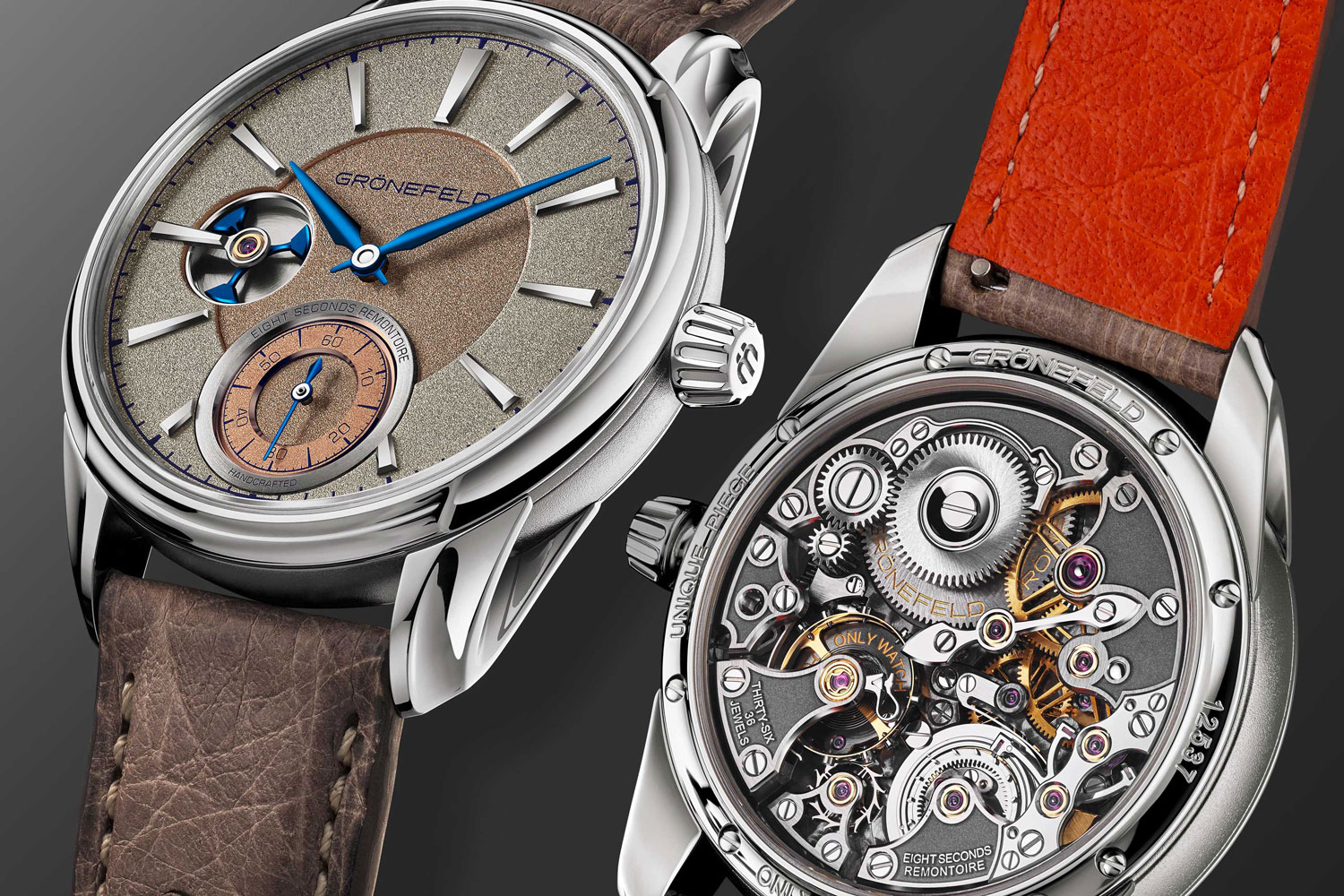