In the current issue of 0024 WatchWorld we take you to Casio’s Japan and the different production sites. We learnt all there is to know about the indestructible G-Shock. But the G-Shock MRG-G1000HG-9AJR Gold Hammer Tone 20th Anniversary Edition came out after our visit. Have a look right here.

The MRG-G1000HG-9A features a striking gold IP, an indigo-colored index with blue DLC, and a black IP for the front screws, buttons, and electronic crown. A special side plate commemorates the 20th Anniversary of the MR-G series and the serial number is engraved on the case back. This model is limited to 300 units and in its country of origin has a list price of ¥756,000 (including tax) or approximately €6,200. This golden shockproof watch is more proof that the upwards strategy Casio strongly believes in is backed by high-end products with a unique Japanese character that combines traditional craftsmanship with state-of-the-art technology. The watch will hit the market in January 2017. 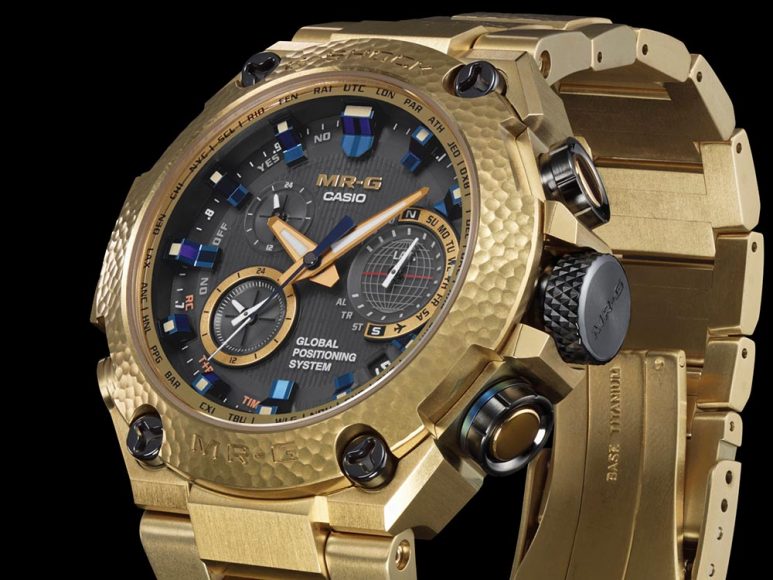 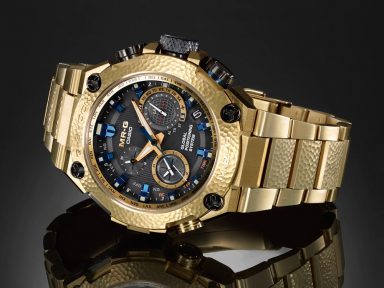 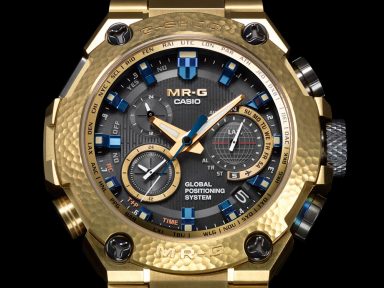 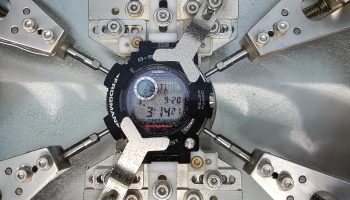 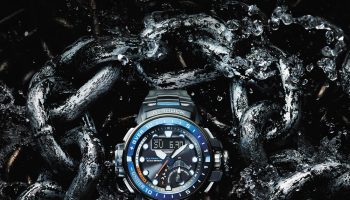