In true Arnold & Son tradition, the brand has released an evolution of its alluring and precise HM Perpetual Moon. The new HM Double Hemisphere Perpetual Moon, with not one but two of the biggest moon phase indications on the market, joins the Arnold & Son Royal Collection. For the first time, the HM Double Hemisphere Perpetual Moon displays the moon phases as they can be seen both from the northern and southern hemispheres respectively, all in a single watch. The Royal Collection is inspired by the timepieces created in the early part of John Arnold’s life, and pay tribute to the watches he produced for King George III and members of the royal court. The timepieces in the Royal Collection demonstrate the brand’s prowess in traditional watchmaking and classical decorative arts.

The sophisticated HM Double Hemisphere Perpetual Moon is an example of Arnold & Son’s technical and artistic excellence. From the inside out, this new timepiece – with rich guilloché dials and two three-dimensional big moons – surprises and delights. The 42 mm case is created in 18-karat red gold and houses the manufacture Arnold & Son mechanical hand-wound movement, the calibre A&S1512. The 27 jewel calibre offers one of the most accurate moon phases on the market, with only one day’s deviation every 122 years – at which point a single push on the corrector will keep it in sync for another 122 years. The calibre is also equipped with a double barrel to yield 90 hours of power reserve.

Largest moons on the market

From the aesthetic side, the 29 mm moon phase disc, which runs from 10 to 2 and 4 to 8 o’clock on the dial, reveals not one but two of the largest moons on the market – with a diameter of 11.20 mm for the moons alone. While the first aperture displays the moon phase as seen in the northern hemisphere, a mirror image of the moon phase also shows the state of the moon in the southern [lightbox full=”https://www.0024watchworld.com/wp-content/uploads/2016/02/HM-Double-Hemisphere-Perpetual-Moon-front.jpg”]

[/lightbox]hemisphere. Additionally, these large moons are one of the most visually stunning recreations of the moon because they are three-dimensional sculptured moons that were first hand-engraved and then duplicated for the series. The two sculptured moons are then inserted into the disc.

From the technical side, in addition to the HM Double Hemisphere Perpetual Moon being so precise, it is also an intriguing complication in that it is not simply a module added to the movement, but, in fact, is fully integrated into the calibre. The watch also has a easy-to-set feature thanks to the addition of a third moon phase indication installed at the back of the movement. This third moon display, visible via a transparent case back, features a graduated dial and a pointer hand that allows for a more exact setting.

The HM Double Hemisphere Perpetual Moon is created in 18-karat red gold with an incredible blue guilloché dial in a stylized sunray pattern, blue guilloché moon disc with golden stars and two engraved moons. The timepiece is accented with a hand-stitched alligator strap. In all, the HM Perpetual Moon is a beguiling work of technical mastery and fine art. 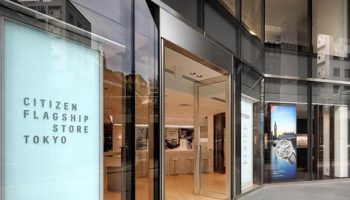