A futuristic, 3D design machined from 7 blocks of sapphire, involving more than 600 hours’ work and precise 3D workmanship to produce an ultra-light 53.5 grams on the wrist. Its unique movement comprises ultra-lightweight carbon components. It has a record-breaking power reserve of 50 days, and 11 series-coupled barrels set in a spine formation that dominate the centre of the watch and keep the movement turning with its 637 components, a record number. A hypnotic movement, a truly outstanding watch. On the big screen, the MP-05 “LaFerrari” Sapphire is almost overwhelming in its visual impact.

In a high-tech laboratory, a 3D scanner appears and a countdown clock displays 50 seconds, the time the FXX K has to do a lap of the circuit, passing through a number of scanners. Another shot shows the FXX K set off at high speed towards a scanner that analyses everything about its engine. Simultaneously in the lab, the watch’s movement is taking shape. The supercar traverses the sapphire city and goes past another scanner. The watch is still being made. The car passes the final scanner, and in the lab the screens read “COMPLETE”. From a single block of sapphire, lasers carve out the case of the watch. At each stage, additional days are added to the power reserve until they reach 50. The FXX K finishes its lap and the watch is finished. A watchmaker comes forward, picks it up, the tourbillon comes to life, the power reserve is displayed. It’s a new record! 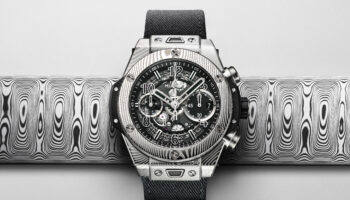 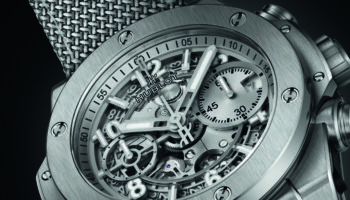 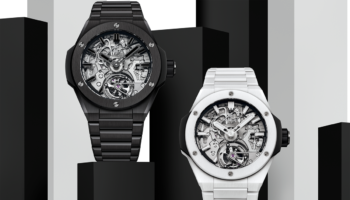 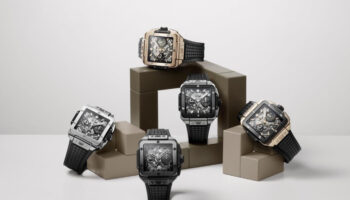 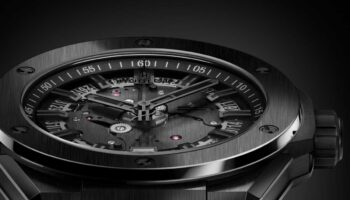