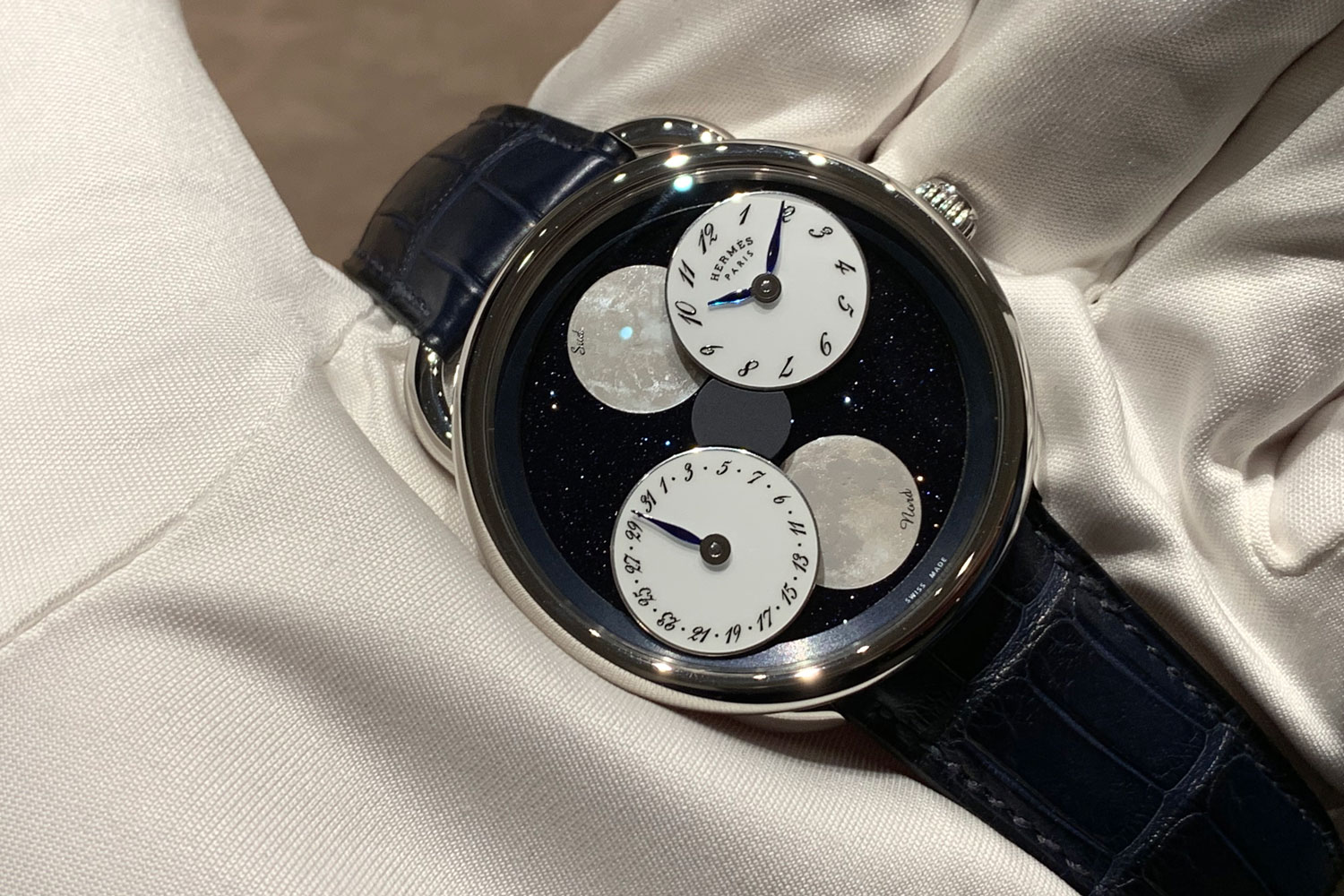 One of the maisons that certainly stands out from the crowd is Hermès. Of course, this classic French brand still earns most of its money with timeless quartz watches that are very popular among the ladies. But with watches like the ‘Arceau L’Heure de la Lune’ they prove to be capable of much, much more, once again.

The concept of this watch consists of two smaller dials, rotating opposite from each other. One dial for the time and one for the date. By rotating like this, these small dials overlap two detailed moons and thus indicate the moon phase on both the Northern and the Southern hemisphere. This is very spectacular, also because the moons are placed against a backdrop of meteorite or aventurine. The price of this piece of art is 23,000 euros.

When ‘Entry-Level’ Watches Steel The Show 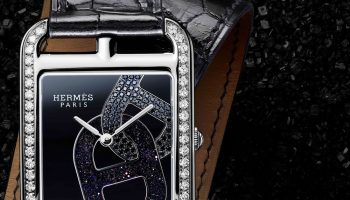 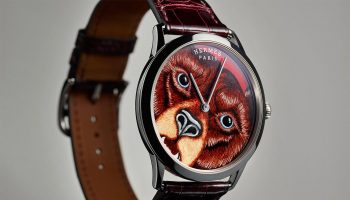