From the workshop to the boardroom. The father of Serge Michel started as a customer of watchmaker Armin Strom. During his visits to the shop and the studio in the Swiss town of Burgdorf the father invariably brought along his son and slowly but surely Serge became mesmerised by the – mostly skeletonised – creations. When Strom retired he asked Michel to take over the business.

Serge Michel is the head of the independent Armin Strom watch maison. The marketer grew up in the Swiss town of Burgdorf, the town where Armin Strom had established his specialist watch shop in the old city centre. In addition to selling and repairing different brands of watches, Strom also built his own watches in the workshop behind the retail area. Michel’s father was a regular customer and bought one of Strom’s own creations. “As a little boy I could always be found in the workshop of Mr Armin Strom”, Michel explains. “I would be full of admiration for the beautiful, skeletonised movements. Over the years Mr Strom became a close family friend. When he turned 65 he asked me if I would be interested in taking over the business. His two sons had gone in different directions and had no plans to get involved in the business. I thought it would be a wonderful challenge. I could see the opportunities in the watch market and the potential in the short history of Armin Strom. I decided to invest in the company.” This was in 2008, just before the economic crisis. Michel: “For us the crisis was a realistic opportunity. It was a good time to invest: machinery had become cheaper and we were able to hire good staff from other watch houses who had lost their jobs because of the crisis. Furthermore, we wanted to develop our own movement in order to remain an independent maison.”

A new one every year

The first movement – with a power reserve of 7 days and a double spring barrel – was presented at the end of 2009/beginning of 2010. “For us 2008 and 2009 were development years”, explains Michel. “In those two years we developed this basic movement while we were still busy setting up the manufacture, including the production lines. Things went very quickly and we are still continuing to develop. Since we have been making the movements in our own studio we have launched a new calibre every year. The skeletonised movements are the leitmotif of Armin Strom – then and now. When Mr Strom was still making watches himself he would always focus on the movement first. The design and decoration of the movement were the most important to him. And if you pick up an Armin Strom watch today you will see that the focus is still on the movement. In every watch you are able to explore the front and back of the movement. Although these days we use machines to produce the actual movement, each movement is still engraved, polished and finished by hand.”

The person responsible for today’s movements is Claude Greisler, the designer and builder of the watches at Armin Strom. He developed the basic movement and the subsequent variations with tourbillon. Michel: “The model that we launched at this year’s BaselWorld, the Tourbillon Skeleton, is one of my favourites. It’s a fabulous watch, because it has the traditional Armin Strom look.” The model comes in four variants, based on the four elements: air, earth, water and fire. It’s a concept that is easy to remember and understand and that makes a perfect combination of design and name. During Salon 0024 the Tourbillon Skeleton Fire was displayed as one of five masterpieces. Although Michel didn’t personally nominate the watch as a masterpiece, he did understand the choice: “The double spring barrel, the skeletonised movements, the tourbillon made in our own studio and the use of precious metals are worthy of a masterpiece. Within the Armin Strom collection the Tourbillon Skeleton Fire is also a high point. What makes the watch particularly special to me is the visibility of the tourbillon. The tourbillon is not just a technical element, for me it’s also about the animation, the motion. That is something beautiful to behold, so I don’t understand that there are watch houses that hide the tourbillon behind the dial.”

The tourbillon is Michel’s favourite complication, but there is another complication that he hopes to incorporate in one of the watches in the future. “A proprietary chronograph, made in-house. A skeletonised, open-worked chronograph in which you can see the cogwheels revolve after pressing the pushbutton. But the chronograph is definitely a difficult complication, more tricky to realise than a tourbillon.” Something we may see from Armin Strom sooner than a chronograph is a women’s collection. Michel: “We are currently developing smaller movements. With the launch of these new, smaller movements we will also be presenting a women’s collection. Needless to say, such a collection will have the strong Armin Strom characteristics. I’m sure there are women who appreciate the technical aspect of the watches as well.” It’s obvious that at Armin Strom they are working hard to put the brand more firmly on the map, and they don’t just do it by making watches. Early this year it was announced that this season the maison will be sponsoring former Formula One driver Max Chilton, who currently races in the American IndyCar Series. Michel: “Max is a good friend, so we really wanted to sponsor him. This partnership also creates opportunities for us to promote Armin Strom to retailers in the United States. In the coming years we will be focusing on the United States. Our objective is to work with a maximum of 20 retailers. We are an exclusive brand and we want to have a presence in the main cities like New York, Boston and Chicago.” It’s clear that this admirer who grew into a proprietor has plenty on his plate in the future. 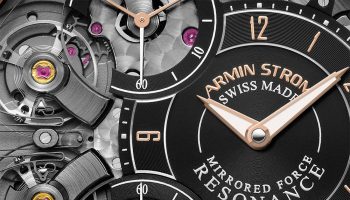 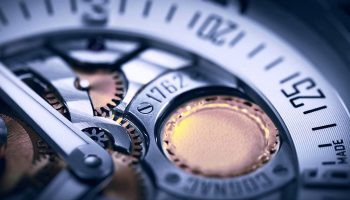 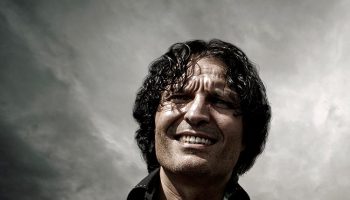 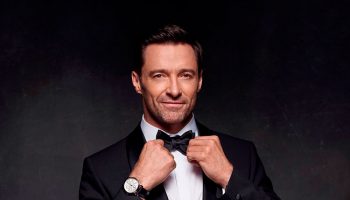