If something seems too good to be true it probably is. For example, no one takes a Patek Philippe Nautilus for sale on eBay for a few thousand euro seriously: it’s either fake or stolen. But economic bubbles are something we can only see afterwards. Strange, that. Year after year the Swiss watch industry has been realising record turnovers. The big groups took the lead and new, small watch brands followed in their wake and the prices went up and up. No one, including myself, noticed the fact that slowly but surely a bubble was being created that strongly resembled the Dutch tulip mania of 1634-1637.

Of course a strongly growing market doesn’t always mean a bubble. It’s only when the bubble bursts that we can determine that capital and the value of underlying products have steadily become out of tune and that for an extended period of time the expectations of value have become completely separated from the actual value; that we were, in fact, experiencing a bubble. Let’s look at the Dutch tulip mania from the 17th century and compare this to the Swiss watch industry, which from July 2015 to 2016 exported 33% less to the biggest watch market in the world, Hong Kong, and saw its global turnover reduced by 14.2%, and the Swatch Group which, in the first half of this year was faced with a drop in profits of 54%, to the tune of 353 million CHF. In the last ten years the prices of mechanical watches have increased explosively, but the actual value was lagging behind. New brands that would sell over-the-top chronographs featuring purchased, unchanged movements that had been available for decades for 10,000 euro flooded the market. But back to the period from 1634 to 1637, when in the Netherlands the prices of tulip bulbs exploded to 10 times the annual salary of an average skilled worker in those days. The height of the craziness was the sale of the Semper Augustus in Haarlem, which fetched a price of 6000 guilders; in other words, the price of a sizeable canal-front property. Things could only go downhill from there and they did: the tulip bubble burst.

Despite the sharp drop in profits and the greatly reduced exports Swatch Group CEO Nick Hayek feels positive: “We’re not in a crisis but in a market slowdown in some countries, and that is not because mechanical watches are no longer considered attractive, but because of exchange rates and changing travel behaviour. That’s the world we operate in today. For example, Brexit has delivered fantastic results in the United Kingdom.” Hayek is referring to tourists who were avoiding the European mainland because of terrorist threats and the rapidly depreciating British pound.

So Hayek doesn’t think that disappointing sales have anything to do with prices that are no longer in proportion with the product on offer. He says it’s changing travel behaviour and exchange rates: external factors. Once more, back to the tulips. These days they are sold at normal prices; will mechanical watches follow that example? IWC has already announced more competitively priced models with manufacture movements to woo back a target group that has disappeared out of sight, and TAG Heuer is also focusing on attainable models for the aspiring lower end of the market; internal changes to be able to counteract external factors. And all under the motto ‘Change the market, start at home’. 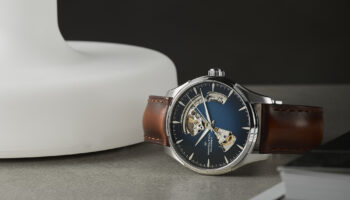 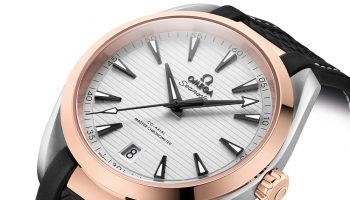