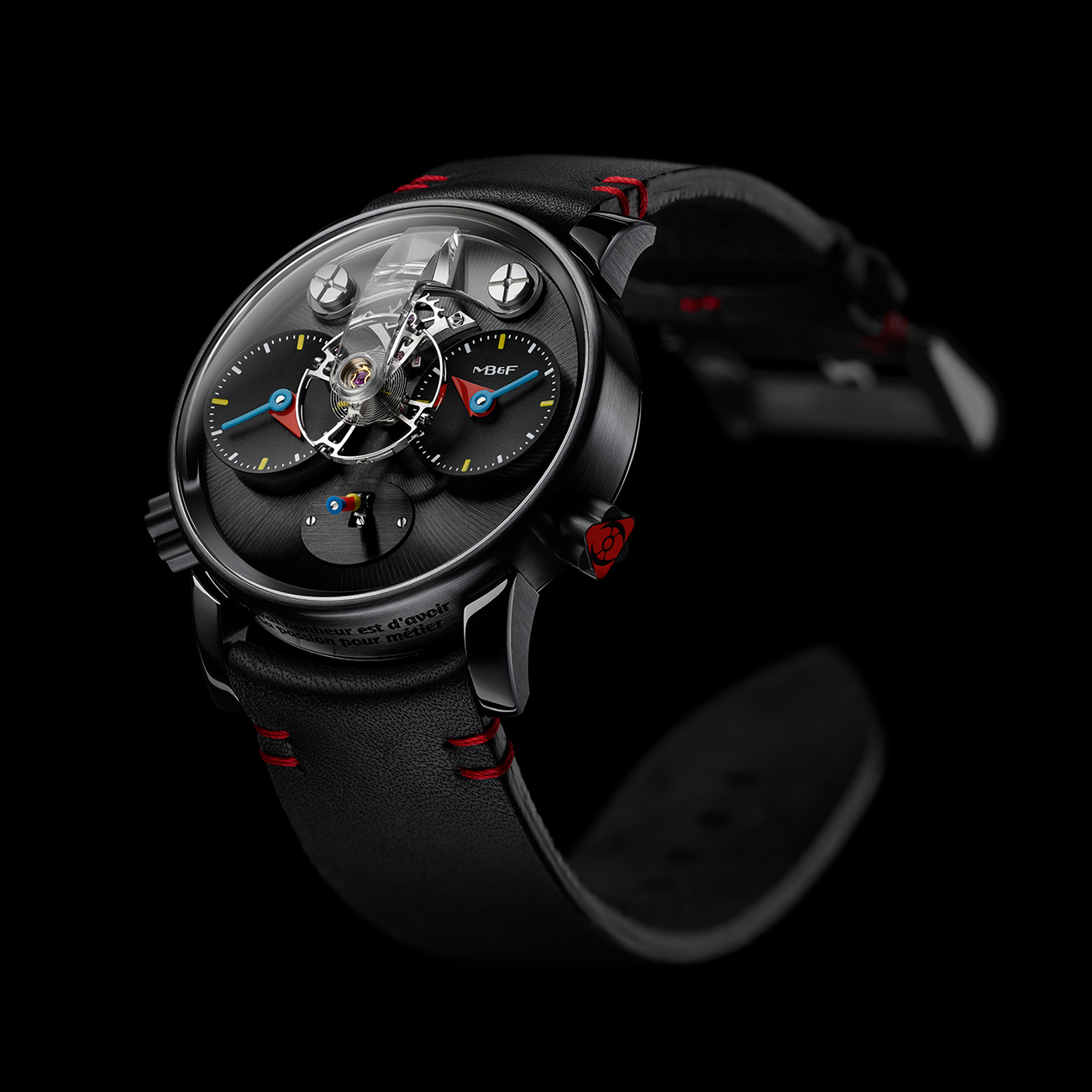 At press conferences or exhibitions watch journalists naturally enjoy chatting about the latest novelties and vent their candid opinion (which will not be found in print anywhere because of commercial interests, but that’s another subject), but after a while the discussions will move on to days past and become quite nostalgic. Just recently I was reminiscing with a few colleagues about the creations that ensured the ‘watch bug’ was able to take a permanent hold. The frivolous, colourful and playful creations of Alain Silberstein were part of that discussion.

Let’s go back to the late 1980s when Frenchman Alain Silberstein decides to give up his job as an interior designer to start his own watch brand together with his wife, Sylvie. Silberstein’s watches are like birds of paradise among sparrows. Primary colours and clear geometric shapes, that reflect some of the Bauhaus philosophy as well, are the foundation of his watches. In-your-face watches that you either love or hate. Frank Zappa has been known to wonder whether humour has a place in music and a colourful Alain Silberstein creation asks the same question when it comes to watches. In my humble opinion a disruptive element that injects some levity into the often dead-serious world of haute horlogerie is both welcome and necessary. An Alain Silberstein makes you smile. But levity and haute horlogerie remain a difficult combination and so the Alain Silberstein brand ultimately disappeared from the watch scene.

2016 is the year in which we can once again smile at the flair of Alain Silberstein. Max Büsser, creator of MB&F, is the latest ‘Frank Zappa’ of the watch world and he invited Silberstein to put his heart and soul into the MB&F Legacy Machine N°1. In 2009 Silberstein had already created the HM2.2 ‘Black Box’ at Büsser’s invitation, and this latest creation is once again a wonderful mix of typical, wild MB&F watchmaking and the characteristic colours and shapes of Silberstein. Red, yellow and blue; triangle, rectangle and circle for the hands and markers; three-dimensional interpretations of those shapes into a cone, cube and globe for the power reserve indicator: the typical Silberstein ‘design language’ instantly grabs the attention. A paraphrased quote by Gustave Flaubert is found between the lugs of the LM 1 Silberstein: “Le vrai bonheur est d’avoir sa passion pour métier” – “Making your passion into your profession is true happiness”. That happiness (once again) brings a smile to my face.

What is the most popular Jaeger-LeCoultre Reverso?