It was in 1816 when master watchmaker Louis Moinet invented the chronograph. Enough reason for Ateliers Louis Moinet, a firm established to honour the memory of Louis Moinet, to celebrate the 200 years existence of the chronograph by introducing the Louis Moinet Memoris 200th Anniversary timepiece. The Memoris is not only made to remember a ‘star’, the watch itself shines as well. The watch was presented during SIHH.

The starry back of the dial consists of a brass plate coated in a translucent blue. The stars have been created using a new fixed graver process. This involves attaching a specially-made lathe to a traditional rose engine, also known as a guillocheuse. All stars are fashioned to feature different angles and depths, so that each and every one captures as much light as possible – each star is worked on individually. Result: it looks like certain stars are really shining!

For the flange and counter bridge of the Louis Moinet Memoris 200th Anniversary, translucent dark blue material has been used to add a sense of depth. The crystalline transparency ensures the wearer can admire the night blue sky – without missing a single star.

Also visible on the dial: the chronograph mechanism. The central hand indicates the 60-second chronograph and at 3 o’clock you can find the 30-minute chronograph counter. Hours and minutes are visible at 6 o’clock, the seconds at 9 o’clock. The 302-component LM54 caliber, designed and manufactured by Ateliers Louis Moinet, is the driving force behind these features and functions – and houses in a white gold 46 mm case worn on a hand-sewn alligator leather strap.

The electrifiying world of G-Shock 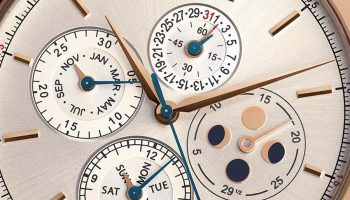 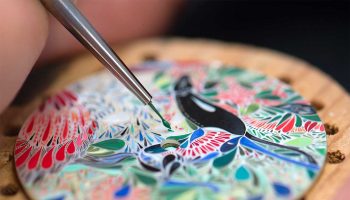