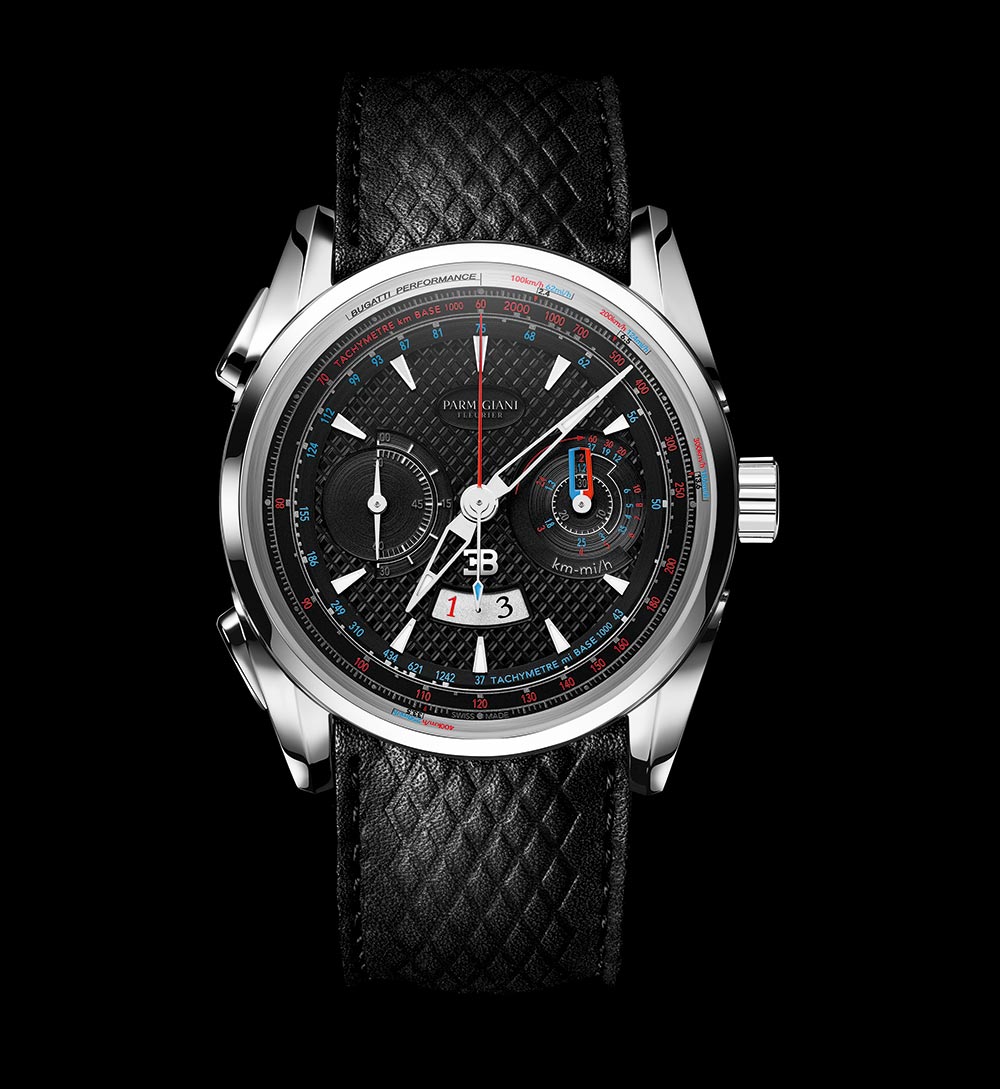 The watch is inspired by the mythical magnesium Bugatti Aérolithe

The Parmigiani Fleurier Bugatti Aérolithe Performance is a watch inspired by a mythical car. It was Ettore Bugatti’s son Jean who built the famous car made of magnesium which disappeared into thin air. Only a few photographs remain of the car, the new tribute watch is a less elusive.

The story of the Bugatti Aérolithe is the stuff of legends. Hiding his work from his father Ettore, Jean Bugatti built the Bugatti Aérolithe with a highly flammable magnesium alloy that made welding impossible. The body was designed in two parts joined by an ingenious riveted dorsal seam. Shortly after it was unveiled in 1935, this incredible car which fell from the sky – hence its meteorite-inspired name – disappeared from the surface of the earth, its brief terrestrial passage marked by just a few photographs.

Titanium instead of magnesium

The car-inspired Parmigiani Fleurier Bugatti Aérolithe Performance is not made out of magnesium. Instead the maison from Fleurier chose titanium, a metal found in the meteorites that race through our atmosphere. This high-tech piece uses laser technology to apply finishes beyond the capability of conventional machining. Underneath the crown and the pushers, the intermediate ring displays an ‘inverted diamond point’ pattern, which is impossible to create by removing material with the usual methods. The dial is split into two parts, and this continues onto the angled section of the bezel, where the indications are a nod to the exceptional performance of the modern-day Bugatti Chiron. Its textured central section creates a beautiful sense of depth. The counters at 3 and 9 o’clock have keen angles and are finished with a circular satin grain. Once again, lasers were used as satin-finishing within a recess would be impossible. The stepped counter at 3 o’clock is formed of three half-levels, each of which has a different textured effect.

There is a nod to the world of high-speed cars in the double tachometer, which has km/h indications in red and mph in blue in reference to the signature colours of Bugatti. The double tachymeter (km and miles) on the minute chronograph counter runs continuously in periods of 30 minutes. The Delta-shaped hour and minute hands, the red “1” numeral on the date and the double hand at 9 o’clock all bear the stylistic hallmarks of Parmigiani Fleurier. Other striking elements contribute to the personality of this timepiece, such as the famous lugs featuring the dorsal seam of the Bugatti Aérolithe, the strap inspired by the embossed pattern of the manufacturer’s seats, and the deployant buckle, which is textured to match the dial. The Bugatti Aérolithe Performance is driven by the in-house PF335 movement, which boasts a flyback chronograph module. It is decorated with “Côtes de Genève”, a classic finish which complements this round watch, buoyed by the energy of the legendary car which served as its inspiration 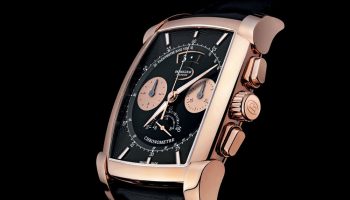 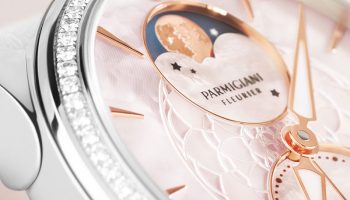 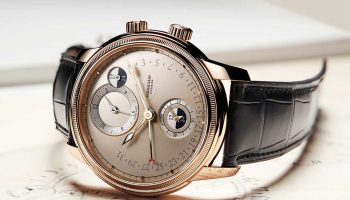 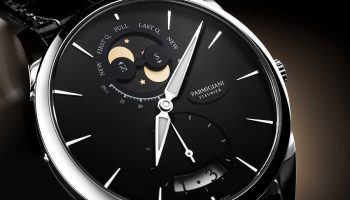