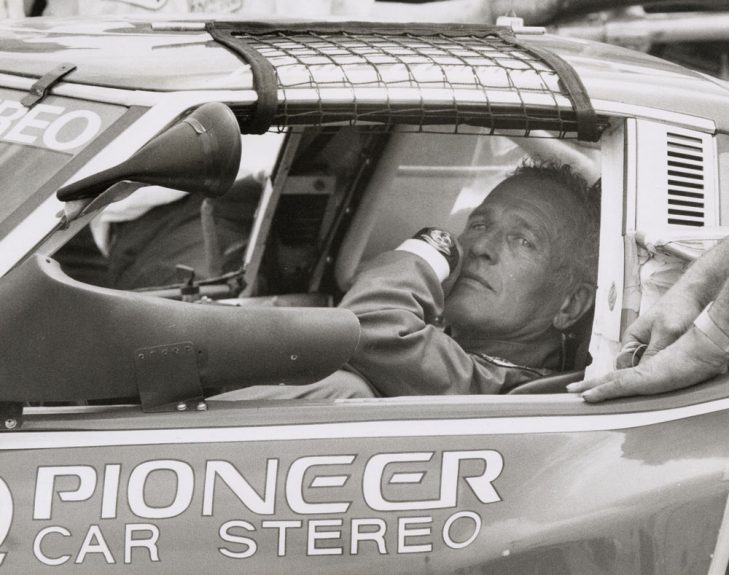 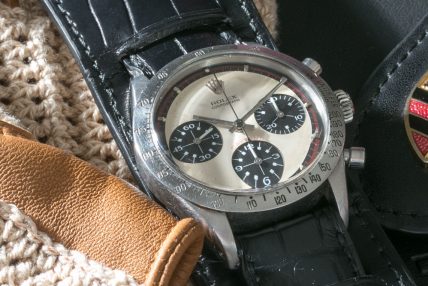 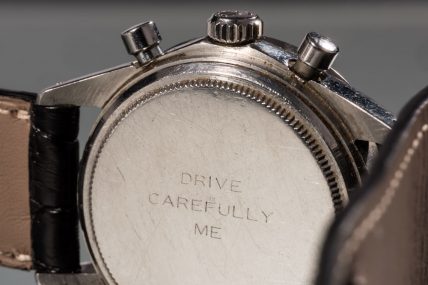 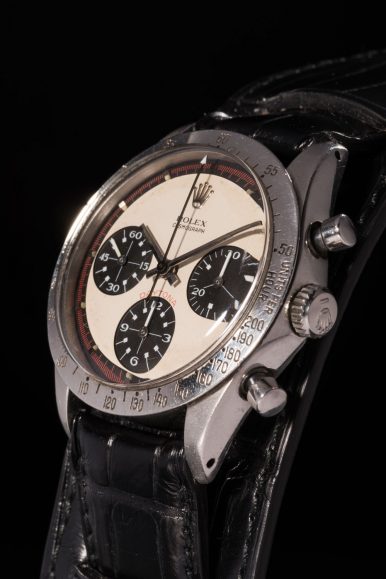 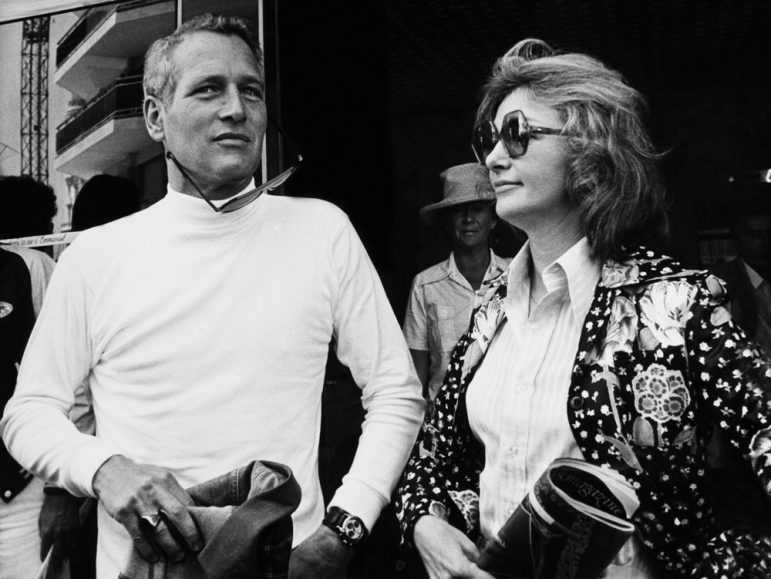 One persons name has been a game changer in the world of watches. And now that persons personal watch is up for grabs.
Paul Newman. Most people remember him as a great actor throughout three decades. Just say Butch Cassidy and people will nod in appreciation. A few perhaps know him because of a healthy salad dressing that according to Newman himself was “great tasting, no-nonsense kick-in-the-derrière good”.

Paul Newman was a Hollywood legend. A double Academy Award-winning actor, petrolhead, real-life race car driver, entrepreneur, family man and philanthropist. He was a multi-talent and his performances on and off screen made audiences laugh and cry for decades.

Watch lovers however know Paul Newman because of his personal watch; a Rolex Daytona ref. 6239 from 1968, gifted by his wife Joanne Woodward in 1972 (who reportedly paid $300 for the watch), with a distinct dial layout. She gave the watch to her husband after the two starred together in the 1969 movie “Winning”, which sparked Newman’s real-life racing career.

Woodward, who Newman was married to for 50 years, obviously acknowledged her husbands love for fast cars by gifting him a watch with a chronograph and even engraved the case-back with “Drive Carefully Me” in three lines.

As Newman was seen wearing his ref. 6239 on and off the racetracks and also appeared on magazine covers, this particular watch became known as the Paul Newman Daytona and collectors of fine timepieces began to take notice too, resulting in increasing prices as early as in the 1990s. However when Newman died in 2008, speculations of his Daytona started and after a few years in the unknown collectors dropped all plans to find the actual watch and considered it missing in action.

The Mona Lisa Of Watches 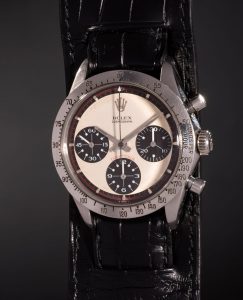 It turned out that Newman was not spotted wearing the distinct Daytona around the early 1980s and hardcore collectors speculate if the watch had been lost by the actor around those year. But the Newman Daytona ref. 6239 was not missing in action, nor had it been lost. Instead Newman was spotted wearing a more ordinary ref. 6263 Daytona with screw-down pushers. But the original Paul Newman Daytona – aka The Mona Lisa of Paul Newman Daytonas – was neither missing in action nor had it been lost. It had instead been sitting on the wrist of a certain Mr. James Cox.

A Tree House And The Regifting

James Cox is the ex-husband of Paul Newman’s daughter, Nell Potts. And back in 1984 he was working in the garden with his then-father in law, fixing a treehouse. While working on the house Newman noticed that Cox did not wear nor even owned a wristwatch. And as Newman appreciated Cox’s help with the tree house, he re-gifted his now iconic ref. 6239 that was gifted to him in 1972 and worn daily by the legend himself.

“The tree house was perched in a large oak tree that cantilevered over the Aspetuck River at my childhood home in Westport, Connecticut. We had two family homes, one on each side of the river. That summer Pop was living in one, and James was living in the other. Pop would frequent the river bank to check on James’ progress. During one such encounter, Pop asked James if he knew the time. Apparently Pop forgot to wind his wristwatch that morning. James responded that he didn’t know the time and didn’t own a watch. Pop handed James his Rolex and said, “if you can remember to wind this each day, it tells pretty good time.”

Now Cox did of course feel a gratitude receiving a watch from his father in law, but he had no idea of the importance nor value of the watch he got in return of fixing a tree house. Not until 1993, when Cox was approached by a stranger who in broken English excitedly commented on the watch on his wrist with “Paul Newman watch!”

Cox thought it was odd that a complete stranger knew that he was wearing his father in law’s watch, but when he did an online search after the said incident he found out that the watch on his wrist had its own Wikipedia page, making him realise that he was gifted with not just a very valuable watch but even one of the most coveted watches in modern time with an almost Mona-Lisa-like myth.

In the mid-1990s the Paul Newman Daytona was already the horological plate du jour on every watch collectors menu and today Daytona’s with the distinct dial layout hammers easily above the €200.000 mark, one even selling for €3.5 Million when offered earlier this year. Sure, it was a rare gold version, but still. €3.5 million is a lot of money for a manual wound wristwatch with a Valjoux movement.

No Matter The Movement 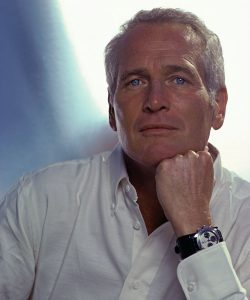 But no matter the movement nor material, this is THE watch. THE Paul Newman Daytona. Not a watch looking like it, but the ACTUAL Paul Newman Daytona. The watch that started the frenzy, the out-of-this-world auction results.This is The One enjoying mythical status in the world of watch collecting, and there can be not another. As in ever.

With Paul Newman Daytona’s constantly breaking auction records, this particular watch is bound to break any other record ever broken. Imagine having the mothership in your collection, winning bragging rights no matter the punter next to you with a ref. 6239 looking like yours. What is the value of that? In emotional values it is priceless. In actual money my personal guess is that this watch will hammer well above the $10 million marker.

If the watch hammers into $10 million (or higher), what can the new owner expect from his high end purchase? According to auctioneer Aurel Bacs of Phillips Watches, the new owner will get a watch with an original and unrestored dial with even patina and of course the charming casebook inscription from Newman’s wife. This watch is, according to Bacs, “everything we could’ve hoped for.”

What Is A Paul Newman Daytona:

The Good News And Where To Get It:

James Cox will not pocket the money that comes in from this auction sale. Instead he will donate to the Nell Newman Foundation, which was founded two years after Paul Newman’s death.

Nell established the Nell Newman Foundation in November of 2010 with the goal of carrying on her father’s legacy of charitable giving, coupled with her passion for the environment.

Together, James and Nell, who remain close friends, have jointly decided to sell the watch, with a portion of the proceeds going to the Nell Newman Foundation. The charitable foundation supports her father’s philanthropic values, while serving Nell’s commitment to organic foods and sustainable agriculture. A portion of the sale proceeds will also go to benefit Newman’s Own Foundation.

“As the daughter of Paul Newman I was in essence, raised to be a philanthropist. The Nell Newman Foundation seeks to follow the original mission of my father’s philanthropy. To support the small, visionary, and perhaps untested organisations. To fund the underdogs, and unpopular ideas my father and mother originally championed. To relieve human suffering and sustain a resilient economy which will benefit humanity and the ecosystem into the future. These goals necessitate the fostering of experiential learning for our youth, the protection of and restoration of our bioregions,” says Nell on the official website of the foundation.

Phillips is thrilled to offer this watch to the market, which can easily be considered the most “storied” and most important vintage Rolex of our time.

This top lot of the groundbreaking Winning Icons New York Auction On Thursday, 26 October 2017 and will be offered with an estimate in excess of US $1.0 million.

Most fax machines were sold in 1985, which means that the pioneers of watch collecting could take a Polaroid picture of their watch, Rank Xerox it and fax it to their buddy on the other side of the globe. Those were the early days of Social Media – which was not really that social as fax machines were mostly used by businesses and not private individuals.

In the early 1990s a few innovative auction houses realised that the younger generations did not care much for Persian carpets nor paintings of waterlilies. They needed a new clientele and realised that vintage wristwatches were the route to take. Young bankers already spent money on expensive watches (think early days Franck Muller and precious metal Rolex’s), but had no idea about horological history, nor important provenance.

By teaching the young guns in the history of especially the rich history of vintage Rolex models, the auction houses saw a growing interest in vintage Rolex sports watches especially as they looked pretty much like a contemporary sports Rolex bought for their Christmas bonuses in (insert pretty much any London bank name) in Watches of Switzerland, The Watch Gallery or Harrods.

As Rolex was already a known luxury watch brand, adding that big-money uniform, many young bankers started bidding on older models from the crowned watch brand, adding value to pretty much anything that looked like a contemporary Rolex, but had decades on it. However by wearing a vintage Rolex the young guns showed off more than wealth; they showed off knowledge. And as we, the big brains in this business, know that true wealth is knowledge.

Today, as we all know, Rolex is the biggest brand in the auction world. Sure, Patek Philippe picks up the biggest numbers, but Rolex is just behind, luring to crown itself as the emperor of watch auctions. 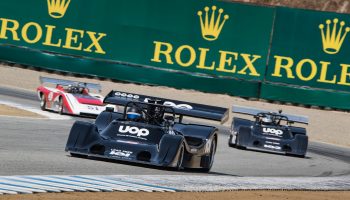 The new Lange 1 in white gold