Nostalgia mania in full swing with this new an playful creation by Romain Jerome. Once again the Swiss brand cooperated with Nintendo to create a timepiece that’s a must have for every nostalgic gamer: the Romain Jerome Super Mario Bros. watch. The watch is released in honor of the game’s 30th anniversary this year.

Romain Jerome has recreated the essence of the original Super Mario Bros. game, including Nintendo’s legendary character Mario dressed in his red shirt and blue overall with his famous jump, and the iconic mushroom. Even the grainy-texture has been reproduced in this watch from the Romain Jerome Generational Icons collection. All the symbolic elements of the game are captured in a 46 mm RJ Moon Invader titanium case with a black PVD-coating. The dial is built on a three layered plate with different finishes, which offers an overall 3D effect. Each applique, representing the hero and the setting, is hand-painted in cold enamel and delicately set on the dial to add even more perspective to the ensemble. 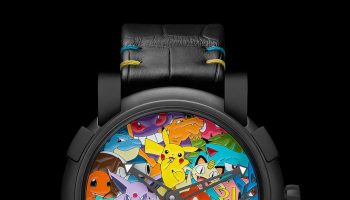 the Pokémon are back, and this time they came in force! 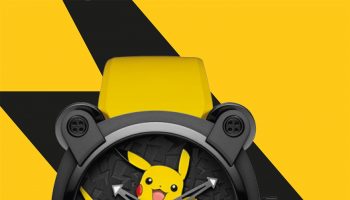