Dutch jeweller and watch enthusiast Arnold Vos noticed that the Dutch watch landscape lacked a hand- and Dutch made, classic-looking quality watch. His wish was to create such a watch for a reasonable price. With the realeses of the Traveller and Journey, two watches designed and assembled in his jewellery store in Harderwijk, he took the first steps in creating his own brand.

Schaftenaar has found his place in the small list of Dutch watchbuilders such as Christiaan van der Klaauw, Grönefeld, Pellikaan, Oostwegel, Staudt and Van der Gang, although a Schaftenaar watch comes in a more favorable price range. The watches released this year and so far a couple of two, have automatic Swiss movement but are assembled in Harderwijk. Therefore the label ‘Dutch made’ is suitable for these classic looking watches.

The two models are designed with a touch of ‘the thirties’. The steel case is water-resistant up to 100 meters. The dials are available in ‘Deep Ocean Blue’, ‘Steam White’ or ‘Night Sky Black’. The Journey has a Schild S280 movement with a 40-hour power reserve, a large second hand and a single date at 3 o’clock. The watch comes with a leather strap. The slightly larger and twice as expensive Traveller with a Soprod C120 Movement with 42-hours power reserve has a second time zone at 6 o’clock and a double date at 12 o’clock. This watch comes with a handmade ostrich leather strap, recognizable by the round markings; the place where the feathers have been.

And for those who wonder why Arnold Vos’s watches are named ‘Schaftenaar’? They are named in respect of history. Mr. Schaftenaar started in 1901 a jewellery store in Harderwijk. The company was continued by his son, who was unfortunately and tragically killed at the end of WOII. As a tribute to the Schaftenaar family, Arnold Vos named his watches ‘Schaftenaar’.

A fine ladies’ watch comes from The Netherlands 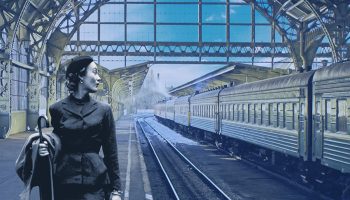