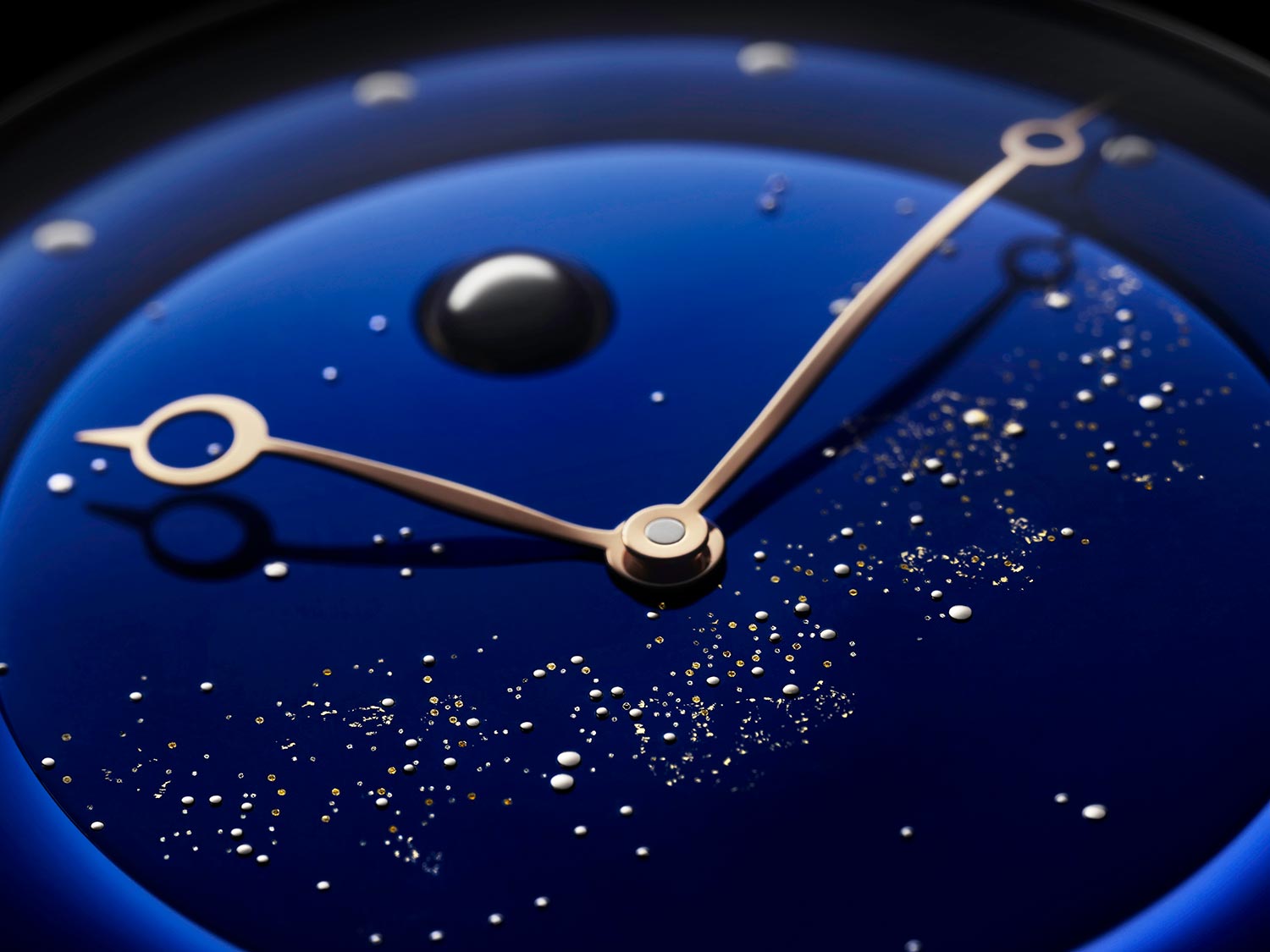 SIHH is not a normal place. The salon is a like a secret universe inside the PalExpo. The normal world is nowhere to be seen. The De Bethune DB25L Milky Way is perfectly at home in this tiny star system. 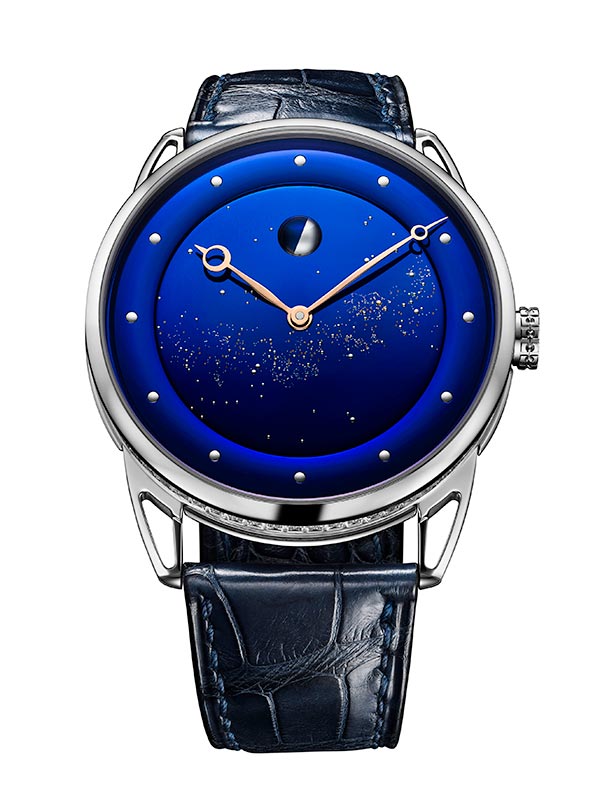 For thousands of years, man has been trying to express the fragile beauty of the heavens in material form. De Bethune is no exception. They have tried to capture the star system in which we live in a watch. The De Bethune Manufacture’s craftsmen have used an artful combination of elements and materials to encapsulate in gold and glass a few drops of the essence of the skies. Dexterous fingers have shaped a titanium mirror and, through the flames, an experienced eye has brought forth its infinite chromatic richness. This unique blue oxide structure plays host to the captive stars. First, small white gold spheres set one by one by hand stand out from the deep sky blue. Then, their abundance is revealed under the fiery dart of the laser. Draped in a fine layer of pure gold leaf, they shine and sparkle, casting out subtle golden glints of colour. Finally, a blued steel and platinum spherical moon-phase stands guard majestically over this Elysium.
Apart from a heavenly blue dial, earthly time is also present inside the platinum case with hollowed lugs.

The movement that displays time uses a balance spring with a silicon core; space age material to keep in sync with the Milky Way theme. The price? Astronomical of course! 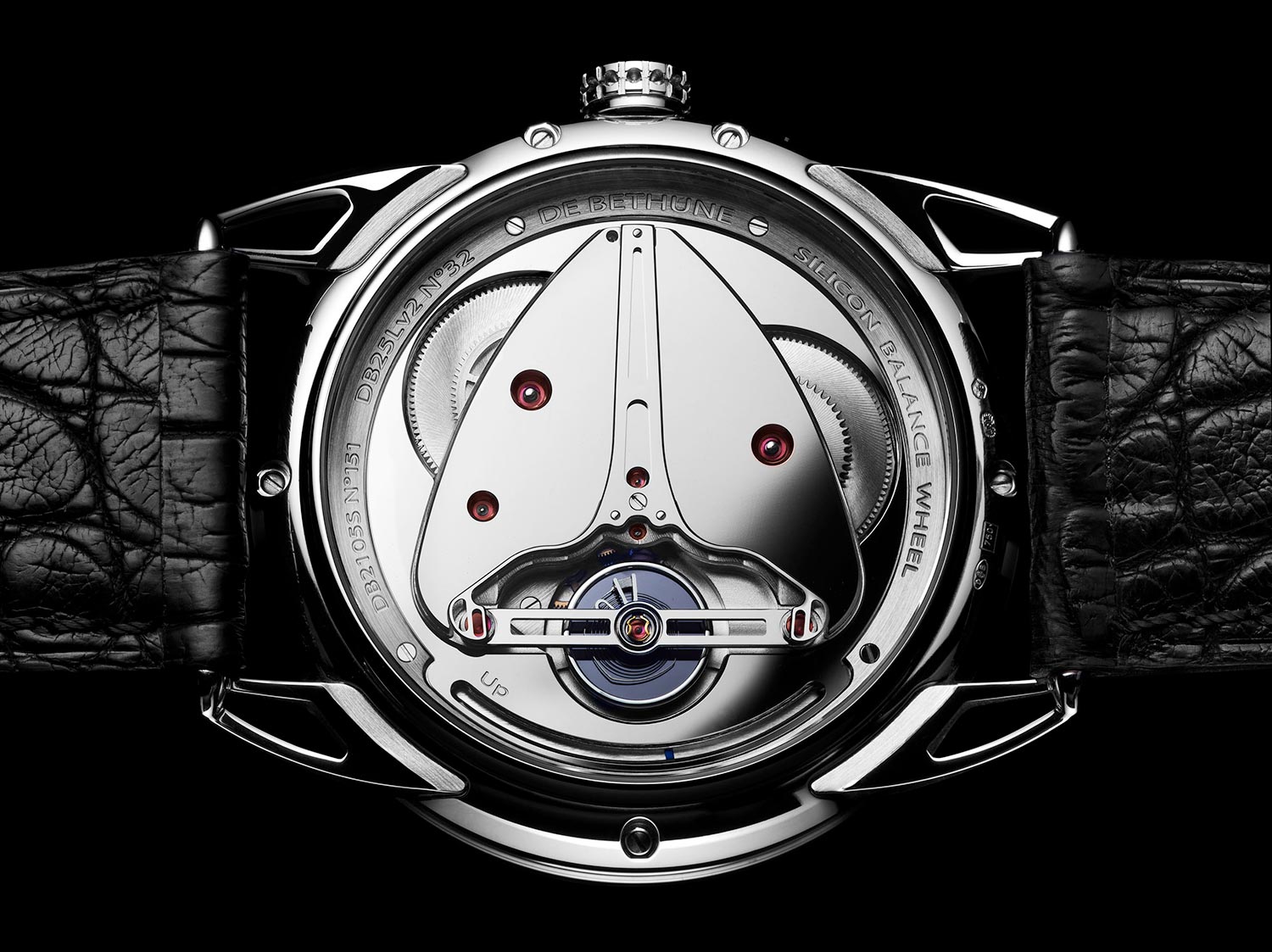 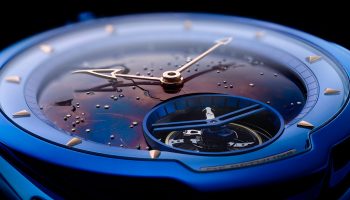 De Bethune DB28 Kind of Blue Tourbillon Meteorite: out of this world! 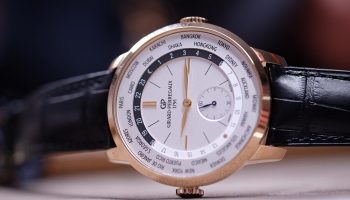 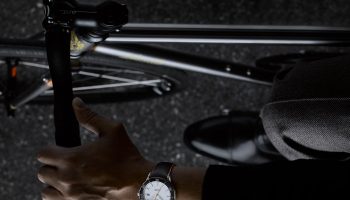 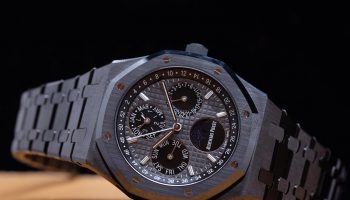