The electrifiying world of G-Shock

This year will mark the 70th anniversary of Japanese technology giant Casio and more than 40 years ago, the starting point as watchmakers. Since then shocking things happened.

The man behind Casio, Toshio Kashio, was born in Tokyo in 1925, and already at the age of six had the American inventor and industrialist Thomas Alva Edison as an idol. That’s why Kashio worked from the very beginning with his sights set on becoming an inventor himself. In 1946 he founded a company together with his three younger brothers. That was the beginning of Casio´s story and today it is one of the largest Japanese electronics giants headquartered in Tokyo, with factories across Japan. Toshio Kashio died in 2012 at the age of 87. He held 313 patents, and the younger brothers are continuing to run the company in his spirit. In 1957 the brothers launched the 14-A, the world’s first compact electric calculator. Seventeen years later, they introduced the world’s first digital watch with auto calendar. Casiotron, as it was named, could show the exact minutes, hours and seconds along with date and day, all on a small LCD screen.

In 1983 the G-shock appeared. That happened after Kikuo Ibe started to smash watches. His colleagues and superiors were getting increasingly worried but Ibe refused to stop and in 1983 his perseverance was rewarded and his colleagues and superiors are reassured when the shock-resistant G-Shock hit the market. The G-Shcock has a hollow casing that is shock-absorbing and its construction makes it unbreakable. There are not many non-mechanical watches with status among watch collectors, but the Casio G-Shock is one of the rare exceptions. Today, several models are collectables and are worn by Hollywood stars. Casio G-Shock has dozens of styles, colours and sizes, some of them produced in limited editions and therefore attracting collectors. G-Shock came on the market when most watch designs were thin, analogue and compact. The big, bulky, colourful and pretty proud digital watch was a bold step, contrary to current trends. It was also affordable. The design has clearly influenced the appearance of other sports watches from many manufacturers, even the mechanical ones in completely different price ranges. Casio has never made, and has no plans to make a traditional mechanical watch. When 0024 Watch World met the company´s representatives at BaselWorld this year, Mr Fujimoto, Casio´s European boss, said “We want to be an affordable alternative to the Swiss watch and because we manufacture all of the components ourselves, we are a ‘real manufacture’ in the electronic world of watches”.

Mr. Fujimoto and his associates have obviously seen all of the smart watches presented at the trade fair but are keeping their opinions to themselves. They point out that if they are not completely confident that they make the absolute best and most technologically-advanced smart watch they will wait; They are also slightly reluctant in that battery times are no longer what they were. Casio has (just like Rolex) the adage not to show anything until they know for certain they can perform best in the respective area.

Watches are important in the Scandinavian market and be sure to make the Edifice watch very big since they say it’s the most important watch in the Scandinavian market: Edifice is a watch with advanced technology, dynamic design, detailed dial and multi-functional chronograph. Casio is a partner of Infiniti Red Bull Racing Formula One team, and Christian Horner, who is the leader of the team, is obviously very aware that every second counts. Christian, who started racing at the age of 12, says that the team consists of 525 people, including those who have invested in the factory in Milton Keynes. All of the people involved in what is known as ‘the travelling company’ use Edifice watches. 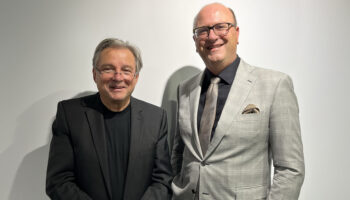 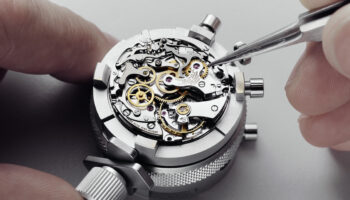 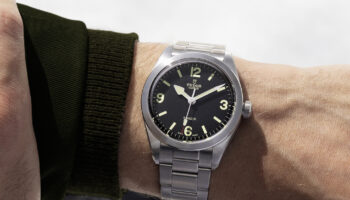